Would Samsung Ever Ditch QLED for OLED? 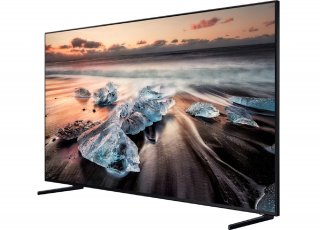 It’s not surprising that LG’s OLED HDTV offerings usually garner the most praise when it comes to picture quality. This fact must have Samsung shaking its head.

As South Korea’s largest company by far, Samsung finds itself in an unusual position by having to look up at its archrival LG. So, where did it all go wrong?

It likely started at the 2013 Consumer Electronics Show in Las Vegas. This was when OLED TVs with ultra-thin screens were a major part of Samsung’s new gadgets display.

Soon after the tech trade show, the company spent a substantial amount of money on aggressively marketing these TVs, which at the time retailed for a whopping $10K for the 55-inch model.

But by 2015, Samsung had thrown in the towel, basically saying current consumers weren’t ready to embrace the high costs of OLED technology.

“It was based on an objective appraisal of technological and cost competitiveness,” Chu Jong-suk, the head of sales and marketing for Samsung’s TV business, told Reuters in 2018.

Instead, the company decided to turn much of its focus on developing liquid crystal display screens that are enhanced by quantum dots.

As we all know, to its credit, LG stuck with this premium technology and is now enjoying the rave reviews and reaping the financial rewards.

Samsung, however, isn’t a company that will easily admit defeat. The tech behemoth is still the world’s biggest TV seller, and while it probably won’t encroach on the boundaries of LG’s OLEDs, it appears that it does have innovative surprises up its sleeve.

Perhaps the next great leap in TV-display tech will indeed come from Samsung, which is currently trying to take the best qualities of LCD/QLED and OLED (minus burn-in, of course) technologies to create a new groundbreaking hybrid TV.

It has already committed $11 billion over the next five years on a new factory in Asan, South Chungcheong Province, that will focus chiefly on QD-OLED hybrids. The new Gen. 8.5 QD line is scheduled to start production in 2021 and will manufacture at least 30,000 units of QD display panels of 65 inches or larger.