War and Inflation Have People Calling for More Stimulus Checks 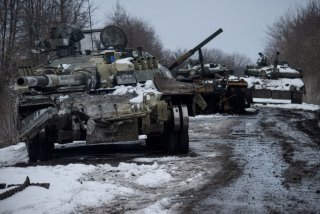 Gas prices are well past $4 per gallon, inflation is high across the economy, and Russia’s war in Ukraine has led to a worldwide economic disruption. With all of that happening at once, is it now time for more stimulus checks?

Energy economist Mark Wolfe made that case in a recent article for CNN. His argument was that with inflation costing Americans as much as $300 per month, the government should step up with more stimulus checks.

“The fastest and most effective way to protect vulnerable citizens from the impacts of global economic instability is to provide a direct payment through the IRS, similar to the three stimulus checks that were sent to families during the height of the pandemic,” Wolfe wrote. “Those checks helped low- and moderate-income households when schools and child care programs were closed and companies were laying off workers.”

His argument, though, is to direct the stimulus payments to lower-income people and families. Wolfe’s advice to the White House is to “ask Congress to authorize a payment of $1,100 per household to pay for four months of higher prices going forward, and provide an option for the president to provide a second or even third check to low-and-moderate income families for an additional four months in the event that prices remain high.”

Another piece published this week by ValueWalk asked whether the Russia-Ukraine war could lead to another round of federal stimulus checks.

This is probably not likely, for the simple reason that there has been no appetite among either the White House or leaders of either party in Congress for more stimulus checks, since the passage of the American Rescue Plan Act in the spring of 2021. That followed the two stimulus packages passed in 2020.

None of the negotiations held throughout 2021 between the White House and Congress had anything to do with more stimulus checks, in part due to a growing consensus that funding the stimulus checks in the early part of the pandemic is part of what drove inflation in the first place.

“The trade off is we have placed ourselves at risk for this inflation that we are now seeing," Dr. Joshua Robinson, a professor of economics at the University of Alabama at Birmingham, told local TV station WBMA this week. "Now the Fed has to pull the reins back a little bit. But they have to do so very slowly because if they do this too quickly they could actually cause a recession.”

Several states, however, have passed smaller stimulus checks and child tax credits of their own, after the federal versions of those programs expired.