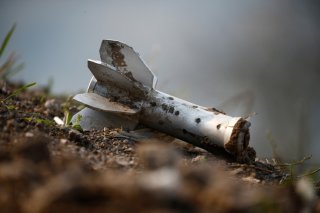 The humanitarian catastrophe unfolding in and around this tiny, disputed land in the South Caucasus is disproportionate to its size and is overwhelming, considering the history of suffering endured by the population concerned. In less than three weeks since what now can be more accurately described as a well-prepared and jointly coordinated Turkish-Azerbaijani offensive in Nagorno-Karabakh, an ethnic Armenian de-facto state within Azerbaijan’s internationally recognized borders, the attrition rate was compared to the climax of the war in the 1990s.

The International Committee of the Red Cross (ICRC) has reported hundreds of thousands of people affected across the region. The estimated death toll varies widely but appears to be thousands, including dozens of civilian casualties on both sides of the conflict. “The population in Nagorno Karabakh has already experienced excessive suffering” conveys Josep Borrell, the EU high representative/vice president. Capital city Stepanakert has endured particularly massive destruction of civilian infrastructure and the use, in residential areas, of cluster bombs banned under international humanitarian law reported by Amnesty International. Targets outside of Nagorno-Karabakh in both Azerbaijan and Armenia proper, most notably in the Azerbaijani city of Ganja, were also hit, causing civilian casualties. In addition, recent reports about the killings of Armenian civilians and video footage of executions of POWs have come to confirm well-grounded expectations of ethnic cleansing as the war drags on.

Russian, French, and U.S. mediators are struggling to establish even a brief humanitarian ceasefire, leaving little hope for a sustainable peace.

Several important factors coalesce in this tinderbox undermining regional security. Most fundamentally, Armenians of Nagorno-Karabakh are the immediate target of Turkey’s much broader neo-Ottoman ambitions. Triggered by America’s disentanglement from the Middle East, the Turkish-Azerbaijani tandem has shaken the regional balance where Russia has traditionally sought to maintain control over Yerevan and Baku. In addition, American and Israeli efforts to counter the Iranian threat have technically strengthened Azerbaijan, inadvertently contributing to its confidence in an uninterrupted and successful military campaign. This toxic combination has trapped Armenia to singlehandedly counter a formidable security threat.

To quote Walter Russel Mead, the war in Nagorno-Karabakh “is a war of revenge and survival.”

For the Azerbaijanis, this is a long-awaited war of revenge for the losses in 1991-1994 and an attempt to regain Karabakh through overwhelming military force. But the ambitions, stoked by Turkey, run deeper. “After the war in Karabakh, not only the region will change, but the world,” President Aliyev of Azerbaijan announced in a recent interview to Haber Turk. “The Turkish-Azerbaijani union will strengthen further. That is vitally important for both Azerbaijan and Turkey,” he added.

For the Armenians, the joint Turkish-Azerbaijani offensive is a stark reminder of the Armenian Genocide perpetrated a century ago and fiercely denied by both Turkey and Azerbaijan to this day. The war particularly highlights Armenia’s existential crisis at a geographic juncture separating the Turkic world at a time when the regime in Turkey is both ultra-nationalist and Islamist. Armenians are squeezed in this grand pan-Turkic geopolitical ambition, now also driven by domestic sources of instability, as both Turkish and Azerbaijani dictators seek political support through expansion.

Nagorno-Karabakh, locally known as the Republic of Artsakh, is not the first to be targeted by Turkey, whose aggressive neo-Ottoman ambitions have manifested in recent intrusions into Libya, Israel, Iraq, Syria, Yemen, and Greece. To make matters worse, Turkey transports impoverished Syrian, Libyan mercenaries, and jihadist ISIS rebels to Azerbaijan as its proxy army in Nagorno-Karabakh. Both Azerbaijan and Turkey have strongly denied the deployment of mercenaries despite accumulating evidence in the international press as well as concerns raised by government representatives in France, Russia, Iran, Syria, and Libya.

The influx of Syrian Islamist rebels into Azerbaijan is yet another source of potential escalation into a dangerous regional proxy war. For Russia, this is an extremely sensitive region with potential spillover into Chechnya; and for Iran, the presence of Turkish-supported Sunni fighters at its northern border is hardly tolerable. Escalation towards a Syria-like scenario would undoubtedly throw the entire region into chaos and misery for the decades to come.

The conflict in Nagorno-Karabakh is not a religious war, but Turkish President Recep Tayyip Erdogan has not hesitated to use the religious card to mobilize jihadists against Christian Armenians and to reassure Azerbaijan. “I tell my Azerbaijani brothers: May your ghazwa be blessed” he said on October 6, two days before one of Karabakh’s iconic Armenian cathedrals was air-bombed in two targeted attacks. This too brings back memories of the past, when a holy war was declared on behalf of the Ottoman government to mobilize followers against the Triple Entente and to wipe out Christian minorities including the Armenians, Greeks, and Assyrians throughout the Ottoman Empire. Anna Ohanyan is spot-on in articulating that “the Armenian Genocide is not a footnote to the Armenian-Azerbaijani conflict; it is at its core.”

The roots of the Nagorno-Karabakh conflict lie in the pan-Turkic geopolitical agenda as much as they lie in Russia’s imperial ambitions. The inclusion of this 94 percent Armenian-populated region into the borders of Soviet Azerbaijan in the early 1920s has been frequently cited as one of the examples of the Soviet Union’s divide and rule tactics, part of the “patchwork” of enclaves and exclaves spanning from Central Asia to Eastern Europe, or one of Stalin’s “time bombs” that has turned Armenia and Azerbaijan into the “Caucasian hostages of Putin“ today. What is missing from this interpretation is that the decision concerning the inclusion of Nagorno-Karabakh as an enclave within the Azerbaijani Soviet Socialist Republic was taken by Soviet leaders in tacit agreement with or “as an effort to maintain good relations with“ Ataturk’s Turkey, who ensured its own space for expansion in the future.

Until recently, and particularly during the war in the 1990s, the United States played a crucial role in restraining Turkey’s direct involvement in the Karabakh conflict, including preparations to invade Armenia. America’s retrenchment has almost automatically led Turkey to fill the vacuum in the region, vividly placing the conflict back into its original context. This is why absent a dampening Western influence on Turkey, the Armenians are trapped in a devastating war and further regional escalation looms in the shadow.

What makes the war all the more daunting is the scale of military disbalance on the ground that is provided by the combined Turkish-Azerbaijani possession of most advanced Western military technology. This is not only about differences in sheer size between Armenia and Azerbaijan or even two decades of aggressive defense expenditures fueled by Azerbaijan’s oil revenues. It is the continued supply of additional weapons by Turkey, including F-16 fighter jets, and an “air train“ of cargo planes flying back and forth to Israel, that fuel the war as it escalates.

According to the military-diplomatic sources of the Russian Kommersant, Turkey is bringing not only aircraft, helicopters, drones, and mercenaries to fight the Karabakh Armenians, but is also directly commanding the offensive with hundreds of military personnel, advisors, and commanders at the highest level. Meanwhile, civilian settlements in Karabakh have been the targets of Israeli “LORA” long-range theater quasi-ballistic missiles, armed suicide drones, and deadly cluster bombs. A sustained air-bombing of this variety and magnitude over a territory of just 4,424 square miles has produced a horrific effect on the ground, especially on civilians who no longer feel safe even under the thick walls of underground bunkers.

Prospects for a diplomatic solution to the conflict are slim but restraining Turkey’s destabilizing intervention is possible and is paramount. Most importantly, it can be achieved by saving rather than spending more American resources. At the very minimum, the United States can establish restraint by limiting the use, in this conflict, of U.S. military aid and technology currently in Turkey’s and Azerbaijan’s possession, akin to the Government of Canada’s decision to swiftly suspend relevant export permits to Turkey. Increased U.S. military aid to Azerbaijan in recent years (partly designated for securing the border with Iran) and its potential use in the ongoing conflict has already been questioned by members of Congress. However, urgent government action is needed to prevent its use and to completely halt any military support or sales to Azerbaijan in the course of this offensive. Further regional escalation in and outside Nagorno-Karabakh is most certainly fraught with catastrophic consequences, and time is of the essence.

Tatevik Movsisyan is currently a PhD Candidate at Old Dominion University (Norfolk, VA). She previously served in Political Advisory roles with the Council of Europe and the United Nations in Armenia.