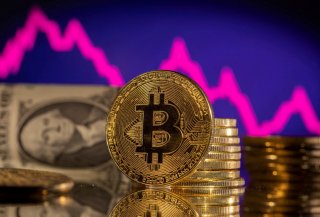 That price level, which hasn’t been seen since December 2020, means that bitcoin has lost nearly 60 percent of its value so far this year, and more than 35 percent this month alone. The cryptocurrency, however, was able to claw back higher and reached nearly $21,000 on Tuesday.

However, the industry isn’t entirely out of the woods yet. Despite the moderate move higher, some crypto investors are anticipating that the asset class likely will fall even further in the coming weeks. “Bitcoin’s weekend dip was, to put it simply, not deep enough,” Yuya Hasegawa, a crypto market analyst at Japanese bitcoin exchange Bitbank, told CNBC.

“The macro-environment has not really changed from last week’s [Federal Open Market Committee] meeting: There still has not been a clear sign of inflation coming down and the Fed may still drive the economy into recession by raising rates too aggressively or simply by failing to tame inflation,” he added.

Furthermore, CNN Business reported that “further declines … could have a knock-on effect as other crypto investors are forced to sell their holdings to meet margin calls and cover losses.” For example, crypto hedge fund Three Arrows Capital is currently exploring options including the sale of assets and a bailout by another firm, and crypto lender Celsius Network, which earlier this month confirmed that it would suspend customer withdrawals, admitted that stabilizing its liquidity and operations “will take time.”

“There is a lot of credit being withdrawn from the system and if lenders have to absorb losses from Celsius and Three Arrows, they will reduce the size of their future loan books which means that the entire amount of credit available in the crypto ecosystem is much reduced,” Adam Farthing, chief risk office for Japan at crypto liquidity provider B2C2, told the business news outlet. “It feels very like 2008 to me in terms of how there could be a domino effect of bankruptcies and liquidations,” he continued.

Amid this concerning backdrop, some experts are contending that now is the time to put money to work. “If you bought [bitcoin] at the peak of the 2017 bull run (around $20,000), you saw a decline of 80 percent over the following year. But if you continued to hold, you’d be up nearly 60 percent right now—even after the crypto market’s most recent decline from all-time highs last November,” Felix Honigwachs, CEO of Xchange Monster, told CNN.

Meanwhile, a co-founder of the crypto investor research platform Blockworks, Jason Yanowitz, told the news outlet that he “disagrees with the folks who say there’s no way to recover from something like this.”