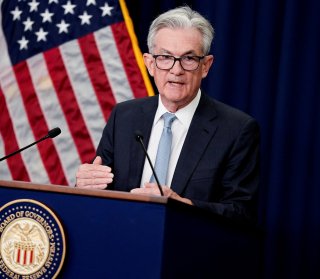 The Federal Reserve announced Wednesday that it has raised its benchmark interest rates by 0.75 percentage-points, which CNBC called the largest increase of its kind since 1994.

The increases came as part of what the Federal Reserve called its strong commitment to return inflation to its 2 percent objective.

“The Committee seeks to achieve maximum employment and inflation at the rate of 2 percent over the longer run. In support of these goals, the Committee decided to raise the target range for the federal funds rate to 1-1/2 to 1-3/4 percent and anticipates that ongoing increases in the target range will be appropriate,” the Fed said in its release.

“In addition, the Committee will continue reducing its holdings of Treasury securities and agency debt and agency mortgage-backed securities, as described in the Plans for Reducing the Size of the Federal Reserve's Balance Sheet that were issued in May,” the statement continued.

In its release, the Fed noted that overall economic activity “appears to have picked up after edging down in the first quarter,” adding that job gains have been “robust.” Inflation, however, remains elevated, while “tremendous human and economic hardship” is still being caused by Russia’s invasion of Ukraine.

The entire board voted for that increase, with the exception of Esther L. George, who “preferred at this meeting to raise the target range for the federal funds rate by 0.5 percentage point to 1-1/4 percent to 1-1/2 percent.”

Fed Chairman Jerome Powell, in a subsequent press conference, said the Fed could bring rates up by another seventy-five basis points when it next meets in July.

“From the perspective of today, either a 50 basis point or a 75 basis point increase seems most likely at our next meeting,” Powell said at the press conference. “We anticipate that ongoing rate increases will be appropriate… “The pace of those changes will continue to depend on incoming data and evolving outlook on the economy."

The last rate hike of this size, which came in 1994 during Alan Greenspan’s long tenure at the Fed, was part of a long series of rate increases meant to stave off inflation.

“In 1994, stocks were only slightly negative for the year (falling just 1.2%), and the Fed was able to avoid a recession and stocks rebounded 34% in 1995,” Forbes reported about the reaction at the time. “What’s more, after the rate hike in November 1994, stocks dropped only slightly before rebounding ahead of another rate increase in February 1995.”

The Dow rallied 500 points after the announcement by the Fed on Wednesday, per CNBC.