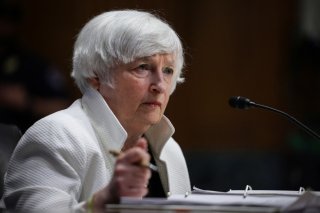 Treasury Secretary Janet Yellen warned the Senate on Tuesday that inflation was likely to remain high for the foreseeable future in spite of the Federal Reserve’s recent decision to increase interest rates. This means that the Biden administration will have to adjust its previous 4.7 percent inflation forecast upward for its upcoming budget proposal.

During her testimony before the Senate Finance Committee, Yellen affirmed the need to deal with inflation, describing its current level as “unacceptable,” but suggested that consumer prices, which have spiked over the past year, would soon begin to decrease in response to market pressures.

“I do expect inflation to remain high,” the Treasury Secretary and former Federal Reserve chairwoman said, adding that she “very much hope[d] that it will be coming down now.”

The United States consumer price index (CPI), which measures the price of a typical basket of goods to evaluate price changes from year to year, has estimated that prices in the United States are more than eight percent higher now than they were one year ago, meaning that price increases have outpaced inflation.

Congressional Republicans have blamed price increases and inflation on government spending, particularly the roughly $2 trillion passed in President Joe Biden’s American Rescue Plan. Yellen attempted to push back on this criticism by citing other examples of similar inflation around the world.

“We’re seeing high inflation in almost all of the developed countries,” she said. “And they have different fiscal policies. So it can’t be the case that the bulk of the inflation that we’re experiencing reflects the impact of the ARP.”

Instead, Yellen emphasized that much of the inflation that the United States and Europe faced came from the ongoing Russian invasion of Ukraine, which led to substantial increases in oil and food prices due to the ensuing market disruption from the destruction of the Ukrainian economy and Western sanctions against Russia.

In spite of high inflation and political pressure from Republicans on Capitol Hill to decrease spending, the Biden administration has persisted in its attempts to pass a smaller version of the proposed “Build Back Better” bill that it tried to pass in 2021. That bill, whose authors initially intended to spend $3.5 trillion on social programs and green energy initiatives, was ultimately doomed after conservative Democratic senators Joe Manchin (D-W.Va.) and Kyrsten Sinema (D-Ariz.) announced that they would not support it.

Yellen emphasized that if such a bill were passed and included measures to lower some costs, such as for green energy and prescription drugs, it would help to lower expenses for many Americans, although the pressures causing inflation would likely remain unchanged.