Americans Now Paying an Extra $311 Per Month Due to Inflation 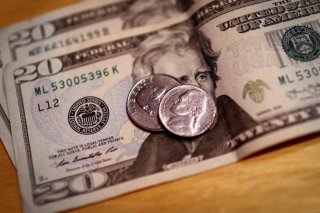 Millions of Americans are continuing to be hard hit by red-hot inflationary pressures that have reached a four-decade high.

Earlier this week, the consumer price index (CPI) was found to have jumped 8.3 percent in April year-over-year, falling slightly from 8.5 percent in March, which was the highest since 1981, according to data from the Bureau of Labor Statistics. On a monthly basis, prices trekked higher by 0.3 percent from March to April.

In fact, the average American is now paying an extra $311 each month due to high inflation, according to a new analysis released by Moody’s Analytics. “Inflation expectations are climbing; inflation at a seasonally adjusted 8.2 percent on a year-ago basis, compared with the 2.1 percent average growth in 2018 and 2019, is costing the average household an extra $311.78 per month to purchase the same basket of goods and services as last year,” Moody’s Analytics senior director Ryan Sweet wrote. “This is a little less than last month but still a noticeable burden on households,” he continued.

Last week, in an effort to tame inflation, the Federal Reserve approved a half-percentage-point interest rate hike that followed a quarter-point increase in March. Markets are currently expecting the Federal Open Market Committee to sign off on another half-point hike in June and in future months going forward.

“Inflation is much too high, and we understand the hardship it is causing, and we are moving expeditiously to bring it back down,” Fed Chair Jerome Powell, who received a second four-year run at the central bank’s helm on Thursday, told reporters last week. “Assuming that economic and financial conditions evolve in line with expectations, there is a broad sense on the committee that additional fifty basis point increases should be on the table at the next couple of meetings,” he added.

However, there are growing concerns that an increasingly hawkish Fed could potentially drag the U.S. economy into a crippling recession. Per Fox Business, Bank of America, Fannie Mae, and Deutsche Bank are among the Wall Street firms that are forecasting an economic downturn within the next two years.

Meanwhile, on Thursday, Powell conceded that there are no guarantees that the Fed will be able to engineer a soft landing. “The question whether we can execute a soft landing or not—it may actually depend on factors that we don’t control,”  he said in an interview with National Public Radio’s Marketplace. “A soft landing is, is really just getting back to 2 percent inflation while keeping the labor market strong. And it’s quite challenging to accomplish that right now,” he continued.

Sweet acknowledged that the central bank could be faced with a “Hobson’s choice”—in which it could “push the economy into a mild recession, similar to our scenario, to tame inflation or wait and possibly cause a more significant recession, since a stagflation scenario is possible next year if the Fed isn’t aggressive enough.”