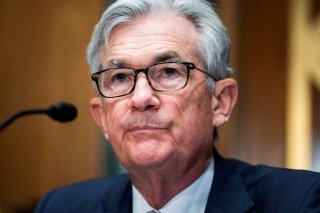 In an effort to fight inflation that has surged to a forty-year high, the Federal Reserve is expected this week to accelerate its most drastic steps in three decades to make it costlier to borrow.

In what would be the sharpest rate hike since 2000, financial markets are bracing for the central bank to announce a half-percentage point increase in the Fed’s benchmark interest rate. The fed funds rate essentially controls the amount that banks charge each other for short-term borrowing but also serves as a guide for many forms of consumer-related debt.

Furthermore, the Fed will likely carry out another half-point rate hike at its next meeting in June and possibly at the next one after that in July. Financial markets are currently pricing in a rate as high as 3.6 percent by mid-2023, which would be the highest in fifteen years.

What’s more, the Fed is also likely to initiate steps to quickly shrink its vast stockpile of Treasury and mortgage bonds beginning in June—a move that will have the effect of further tightening credit.

However, even though the sizable rate hikes are expected, there are increasing doubts about whether the Fed can actually engineer a soft landing—slowing down inflation but, at the same time, avoiding an economically crippling recession. “I liken it to driving in reverse while using the rear-view mirror,” Diane Swonk, chief economist at the consulting firm Grant Thornton, told the Associated Press. “They just don’t know what obstacles they’re going to hit.”

Former Fed vice chair Roger Ferguson told CNBC’s “Squawk Box” on Monday that a “recession at this stage is almost inevitable.” He added, “it’s a witch’s brew, and the probability of a recession I think is unfortunately very, very high because their tool is crude and all they can control is aggregate demand.”

Similar sentiments were shared by Deutsche Bank, which recently doubled down on its call that the United States will eventually fall into a recession. “We will get a major recession,” the bank’s economists wrote in a report to clients.

They added that while inflation may be peaking, it will likely take a “long time” before it sinks back down to the Fed’s stated goal of 2 percent. “We regard it … as highly likely that the Fed will have to step on the brakes even more firmly, and a deep recession will be needed to bring inflation to heel,” the economists continued. “Our view is that the only way to minimize the economic, financial and societal damage of prolonged inflation is to err on the side of doing too much.”

However, Goldman Sachs, which has conceded that it will be “very challenging” to bring down rising inflation and wage growth, noted that doesn’t necessarily mean that a recession is “inevitable.” “We do not need a recession but probably do need growth to slow to a somewhat below-potential pace, a path that raises recession risk,” the bank’s economists wrote.