Fed Chair Admits No Guarantee of a Soft Landing on Inflation 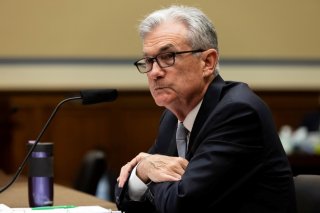 On Thursday, Federal Reserve Chair Jerome Powell acknowledged for the first time that inflationary pressures and economic headwinds abroad could stymie the central bank’s efforts to avoid a recession.

Powell, who was confirmed to a second term as chair of the Federal Reserve on the same day, reaffirmed his stance that getting red-hot inflation under control remains his top priority.

“The question whether we can execute a soft landing or not—it may actually depend on factors that we don’t control. There are huge events, geopolitical events going on around the world, that are going to play a very important role in the economy in the next year or so,” he said in an interview with National Public Radio’s Marketplace.

“A soft landing is, is really just getting back to 2 percent inflation while keeping the labor market strong. And it’s quite challenging to accomplish that right now. … No one here thinks that it will be easy. Nonetheless, we think there are pathways … for us to get there,” Powell continued.

Last week, in an effort to tame record-setting inflation, the Fed green-lighted a half a percentage point interest rate hike that followed a 0.25 percent increase in March. Markets are currently expecting the Federal Open Market Committee to sign off on another half-point hike in June.

“Our goal, of course, is to get inflation back down to 2 percent without having the economy go into recession, or, to put it this way, with the labor market remaining fairly strong,” Powell explained. “That’s what we’re trying to achieve. I think the one thing we really cannot do is to fail to restore price stability, though. Nothing in the economy works, the economy doesn’t work for anybody without price stability,” he added.

Earlier this week, the consumer price index (CPI) was found to have jumped 8.3 percent in April year-over-year, falling slightly from 8.5 percent in March, which was the highest CPI since 1981, according to the Bureau of Labor Statistics. On a monthly basis, prices climbed 0.3 percent from March to April.

The slight slowdown in the inflation data came as energy prices declined 2.7 percent for the month, including a 6.1 percent drop for gasoline. The food index, though, rose 0.9 percent. On an annual basis, energy costs are up 30.3 percent, while food has risen 9.4 percent. Meanwhile, the shelter index—which comprises approximately a third of the CPI weighting—climbed higher by another 0.5 percent over the past month and is up 5.1 percent on a yearly basis, the fastest rate since April 1991.