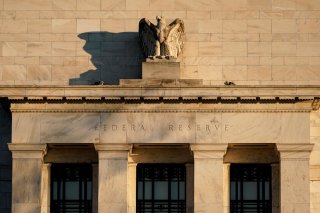 The latest eye-opening statistic on consumer prices found that they have surged 7.9 percent year-over-year. There is now enough data to show exactly how much these red-hot high inflationary pressures are directly affecting Americans’ pocketbooks.

Per CBS News, spiraling inflation is costing the typical U.S. household an additional $296 per month, according to a new analysis conducted by Moody’s Analytics.

Even more concerning is the fact that the economic research firm believes “it’s going to get worse before it gets better.”

“U.S. inflation is at its highest level in about four decades,” Moody’s wrote. “Much of the inflation has been caused by pandemic-generated supply constraints, although Russia's invasion of Ukraine is creating additional constraints that will push inflation higher and for longer than thought before the assault began,” the report continued.

In recent weeks, sky-high gas prices—which reached $4.32 a gallon nationwide on Tuesday, according to the AAA—have grabbed most of the headlines. But according to Ryan Sweet, one of the authors of the report, new and used vehicles have become a “poster child” for the surging inflation that is being witnessed across the country.

“Supply chain-related disruptions to chip manufacturing in the Asia Pacific [are] limiting the amount of inventory for vehicles in the U.S. and driving prices through the roof,” he told CBS.

Not to be outdone are fast-rising food prices at grocery stores. Compared to last year, pork and beef prices have increased between 14 and 20 percent.

“What’s going on in Europe has put pressure on food prices at restaurants and grocery stores, and we’re seeing consumers’ inflation expectations increase,” Sweet said. “It’s attributed to the prices we're seeing at grocery stores and at the gas station.”

According to a new report from CoreLogic, single-family rents rose by a record 12.6 percent year-over-year in January. That figure compares to an increase of only 3.9 percent in January 2021.

For example, in Miami, single-family rents skyrocketed by nearly 39 percent, while Orlando and Phoenix saw between 18 percent and 20 percent increases.

“Rents increased across the country, and the gains were highest in the Sun Belt, which also had strong population growth last year,” she added.