Washington, D.C. Could Be the Next Coronavirus Hotspot 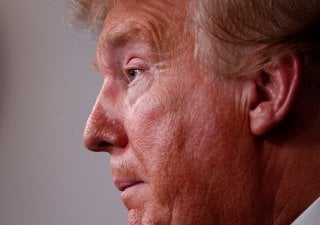 While the federal government prepares to step into high gear implementing the $2.3 trillion stimulus plan, including the disbursement of millions of checks to individual Americans, there is a growing panic that the coronavirus could disable the nation’s capital. An outbreak began in Washington D.C. weeks ago, and local officials worry about the ongoing health of the federal workforce.

Currently, there are 2,331 positive cases of the coronavirus in Maryland, followed by 1,706 in Virginia, and 653 in the District of Columbia. They have a combined death toll of 86 people. One of the problems the DMV area has faced is that sending federal workers home would amount to a government shutdown at a moment the nation can’t afford it. Instead, it has been a process of deciding which workers would be able to do their job from home.

“We’ve got 6 million people here that are absolutely crucial to the wheels of government continuing to move, but things are not moving in a good direction,” Maryland Congressman David Trone told Politico. “These urban areas where the majority of our federal workers live will be hit much, much harder. We’ve got to see that coming and we’ve got to use every day, every week, to help build up the beds, ventilators, (protective equipment) and testing.”

One after another on Monday, Maryland Governor Larry Hogan, Virginia Governor Ralph Northam, and Washington D.C. Mayor Muriel Bowser announced the start of mandatory shelter-in-place orders. For some time, their three offices have been coordinating a unified response to the public health crisis. Virginia’s is the longest, not set to expire until June 10.

Despite public pressure, Governor Northam had been hesitant to declare a mandatory stay-at-home order, preferring instead only a suggestive one. What changed his mind was the number of people who were still going out recreationally on the weekends. “I also see people congregating on the beach that are completely ignoring what we’re doing,“ Northam explained, “and I will remind these folks: You are being very very selfish because you are putting all of us, including our health care providers, at risk.” Northam did not bend completely; even the mandatory order has dozens of exceptions carved out for people to leave their homes.

“We are no longer asking or suggesting that Marylanders stay home. We are directing them to do so,” said Hogan, who for weeks has been preparing his state to be closed for the long-haul.

Despite the action, there is an assumption that the situation will continue to deteriorate in the DMV until it resembles New York City. “If I were the governor of Maryland or the mayor of D.C., I would be worried about, particularly, parts of the region where people are packed in very densely and have a lot of social contact,” said Dr. Lynn Goldman, dean of the Milken Institute School of Public Health at George Washington University. “All that social contact would have been happening without the distancing that eventually was put in place.”