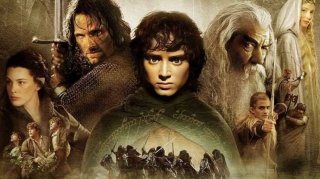 For years the American debate over “whither China?” volleyed between the “Panda huggers” and the “Panda haters.” The huggers said not to worry about China’s rise; as the country grew in wealth, power, and global interconnectedness, it would become a responsible international actor. But the haters warned that a rising China would empower the Chinese Communist Party to become an ever more dangerous and destabilizing force in world affairs.

Today we see the real China. The Chinese Communist Party is clearly more menacing than motherly. Its party line response to the novel coronavirus has been particularly egregious. But, even before the outbreak of COVID-19, there was plenty of evidence that China was emerging as a global bad boy who would have to be met with a comprehensive and concerted response.

While Hollywood is not the world’s foremost authority on how to treat global bullies, it has never been shy about passing along its ideas on the topic. Here are seven classic and not-so-classic science fiction films that weigh in.

#7. The Thing (1951). Many remember the infamous, gory 1982 remake. But the 1951 original, based on a science-fiction short story, is much more than a monster tale. A spaceship from a planet planning to take over the world crashes in the Arctic. On board: a vegetable, but not the kind that’s good for you. In the 1950s many sci-fi monsters were a metaphor for the Soviet Union—that “other” outside enemy bent on world domination. As is true with real-world competitors, the key to victory is “knowing your enemy.” For the good guys, that starts with the recognition that there really is evil out there, looking to take you down.

#6. The 27th Day (1957). Aliens abduct an American, an Englishwoman, a German, a Russian, and a Chinese peasant. And, no, this is not the beginning of a joke. The aliens give each abductee a capsule that can destroy the world. From there, it gets complicated. In the end, the Americans figure how to trigger the capsules to kill every known “enemy of freedom.” Supposedly, this is how aliens judge man’s “true nature.” Confusing, yes. But it’s definitely a lot more decisive than the wimpy alien’s lame call for world government in The Day the Earth Stood Still (1951). There’s no capsule (or any other kind of “easy” button) for defanging the Chinese Communist Party. But with wise leadership, we can come out on top—without obliterating billions of people.

#5. Flash Gordon (1980). No emperor was ever more evil than “Ming the Merciless.” Luckily, no hero was ever more heroic than Flash Gordon. From the first comic strips to the cliffhanger shorts of the 1930s to this movie (with an awesome Queen soundtrack) Flash led the way in battling the bad guys. He was no dummy, either. Flash recognized the value of allies, uniting the people of Mongo to overthrow Ming. The U.S. will never be able to put China in place without the help of friends and allies, from the North Atlantic to the Indo-Pacific.

#4. Prince of Darkness (1987). What’s the evilest empire of all? How about the Devil's kingdom in hell. In this John Carpenter opus, Beelzebub plans to annex Earth by depositing his very essence in a canister in an abandoned church. A team of researchers is called in to figure out what’s going on. The scientists kind of botch the job, but an ax-wielding vicar arrives just in time to save the day. It’s a good reminder that, in the battle between good and evil, it’s never out of line to appeal to the deity who divided Good from Evil in the first place. Look at how Eisenhower drew on his faith as president of the United States.

#3. Star Trek VI: The Undiscovered Country (1991). Not every Star Trek and Star War movie is unwatchable, derivative junk. Just most of them. The original Star Wars (1976), where heroes really did battle an evil empire, was awesome. So too, this single Star Trek film had something original and entertaining to say about great-power competition. The Federation and Klingon Empire have to figure out how to co-exist. Great-power competition is about more than bashing the other empire. Soft power has an important role to play in U.S. dealings with China. We need to do a better job of marketing freedom—and exposing what the Chinese are up to—around the world.

#2. Starship Troopers (1997). Lots of people hate this movie. Not me. I think it’s great fun, a sci-fi classic. An insect empire tries to bug the earth, and the earth fights back. What’s not to love? It also reminds us that it’s best to battle evil empires from a position of strength. The adage should be “a strong military every day keeps China away.”

#1. The Lord of the Rings: The Return of the King (2003). Name a more badass bad guy than Sauron? No can do. The land of Mordor was to evil what Vegas was to partying. In the last, best and most satisfying of the Lord of the Ring trilogy films, the good guys win. The film shows the importance of strong leadership. Tackling the Chinese Communist Party will require the same kind of resolve, particularly in the wake of the COVID-19 pandemic.