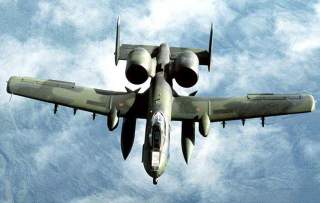 Key point: The Army appreciates the ground support the A-10 brings. As a result of this and political pressure, the Air Force has kept and upgraded the A-10.