Why Are Russian Mercenaries Beginning to Flee Libya? 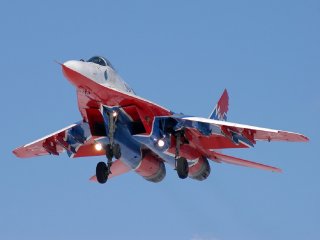 Mercenaries have played a role in wars around the world for centuries, but in the 20th century there were many examples of soldiers who served not for their homeland but a cause that wasn't just about the money. In the First World War, there were many American pilots – the La Fayette Escadrille – who volunteered to fly for France before American's entry into the war, while the Eagle Squadron was made up of Americans who volunteered in Canada and flew with the RAF during England's Darkest Hour in World War II.

In both those examples the pilots' actions were in conflict with official American policy.

Other nations have been more supportive of allowing their men to join the fight for a foreign power. This was the case of Germany's Condor Legion, which used the Spanish Civil War not only to advance the fascist cause of Francisco Franco's forces but also as a testing ground for the war to come. While fascist Spain subsequently sat out the Second World War, Franco did allow for the formation of the anti-communists Blue Division, which went to fight with Nazi Germany on the Russian Front.

After the Second World War, mercenaries took part in actions across Africa – notably the Congo – but also in actions in Latin America and the Far East.

Fast forward to the 21st century and such "mercenaries" have largely been replaced by private military contractors (PMC), except the time-honored tradition lives on as Russian mercenaries have taken part in the ongoing Syrian Civil War, but also apparently in Libya.

It is in the latter conflict where those soldiers of fortune probably wish they picked a different line of work.

While Moscow has denied being responsible for the deploying of the "Wagner Group," the Russian paramilitary organization reportedly has close ties to President Vladimir Putin. Earlier this month the UN diplomats said the group is supporting military strongman Khalifa Haftar The Moscow Times reported. Haftar is also reportedly being supported by Syrian fighters.

The Wagner Group is a "shadowy" private security firm that employs thousands of contractors, who according to news reports have been deployed to foreign conflicts from Syria to Ukraine to the Central Africa Republic. The mercenaries have provided technical support for the repair of military vehicles, but also have participated in combat operations and even engaged in influence operations the UN report claimed.

Pro-Haftar forces have been battling to seize the Libyan capital city of Tripoli since April 2019. According to The Moscow Times the internationally recognized Government of National Accord (GNA), which holds the city, has been supported by pro-Turkish Syrians, suggesting that Libya's fate is being determined by regional powers engaged in a proxy war. A January truce brokered by Ankara and Moscow has been repeatedly violated.

However, things have not gone well for the Russian mercenaries, and hundreds were evacuated this week after retreating from fighting on the capital's front lines Al Jazeera reported. The news organization had previously reported that the Wagner Group had deployed about 1,200 mercenaries to Libya to strengthen the forces of Haftar.

To bolster the mercenaries a Russian fighter jet was reportedly deployed.

"U.S. Africa Command assesses that Moscow recently deployed military fighter aircraft to Libya in order to support Russian state-sponsored private military contractors operating on the ground there," the U.S. military's Africa Command said in a statement reported by CNN.  "Russian military aircraft are likely to provide close air support and offensive fires for the Wagner Group PMC that is supporting the Libyan National Army's (LNA) fight against the internationally recognized Government of National Accord.

The aircraft was reportedly repainted to camouflage its Russian origin.

The year-long battle for Tripoli has left hundreds dead, including dozens of civilians. It has also displaced more than 200,000 people to date.

Oil-rich Libya has been in a state of civil war since the ousting and killing of dictator Muammar al-Gaddafi in a 2011 NATO-backed uprising. Rival administrations and militias continue to vie for power. The UN has warned that both sides have continued to receive arms and fighters.