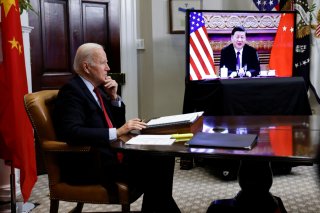 On October 12, the Biden administration presented the National Security Strategy 2022. There were no surprises when it came to the Indo-Pacific, currently the most important region for U.S. national security. It described China as “America’s most consequential geopolitical challenge.

“Outcompeting China and restraining Russia” is the catchphrase that underlines the belief that Russia and China pose “different challenges” to U.S. national security. The key phrase toward China in the strategy is “responsible competition,” which is fundamentally different from the language on Russia. According to the strategy, China is “the only competitor with both the intent to reshape the international order and, increasingly, the economic, diplomatic, military, and technological power to advance that objective.”

The difference is that the United States needs China’s cooperation in several areas even while the broader ideological race against China continues. China is “both our most consequential competitor and one of our largest trading partners,” the NSS acknowledged. French president Emmanuel Macron’s view of China as both a competitor and a partner is similar. The assessment is very different from the one that Russia, the aggressor in the current war in Ukraine, receives in the document.

“It is possible for the United States and the PRC to coexist peacefully, and share in and contribute to human progress together,” the strategy explained. It assumed a soft, positive, and constructive tone, acknowledging the following areas of potential cooperation between the United States and China:

“We will always be willing to work with the PRC where our interests align. We can’t let the disagreements that divide us stop us from moving forward on the priorities that demand that we work together, for the good of our people and for the good of the world. That includes on climate, pandemic threats, nonproliferation, countering illicit and illegal narcotics, the global food crisis, and macroeconomic issues. In short, we’ll engage constructively with the PRC wherever we can, not as a favor to us or anyone else, and never in exchange for walking away from our principles, but because working together to solve great challenges is what the world expects from great powers, and because it’s directly in our interest.”

The tone is that of rational cooperation between great powers: “No country should withhold progress on existential transnational issues like the climate crisis because of bilateral differences. While we have profound differences with the Chinese Communist Party and the Chinese Government, those differences are between governments and systems – not between our people.”

The NSS also highlighted the interpersonal relations that exist between China and the United States by acknowledging the importance of Asian Americans: “Ties of family and friendship continue to connect the American and the Chinese people. We deeply respect their achievements, their history, and their culture. Racism and hate have no place in a nation built by generations of immigrants to fulfill the promise of opportunity for all. And we intend to work together to solve issues that matter most to the people of both countries.”

Taiwan received the expected treatment as the Biden administration repeated its commitment to the “one China” policy, the Taiwan Relations Act, and to support Taiwan’s self-defense:

“We have an abiding interest in maintaining peace and stability across the Taiwan Strait, which is critical to regional and global security and prosperity and a matter of international concern and attention. We oppose any unilateral changes to the status quo from either side, and do not support Taiwan independence. We remain committed to our one China policy, which is guided by the Taiwan Relations Act, the Three Joint Communiques, and the Six Assurances. And we will uphold our commitments under the Taiwan Relations Act to support Taiwan’s self-defense and to maintain our capacity to resist any resort to force or coercion against Taiwan.”

The most important takeaway from the strategy is that the U.S. government will treat China and Russia differently. There is space for cooperation between the great powers on important transnational issues such as climate change. Responsible competition marked by cooperation will hopefully replace the other scenario for the Indo-Pacific—that of a reckless armament race.

Iveta Cherneva is an author and analyst in the areas of geopolitics, foreign policy, security, human rights.