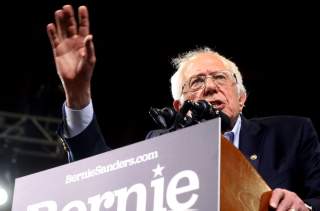 As the dust from Super Tuesday settles, the Democratic Party wakes up with a new frontrunner: former Vice President Joe Biden, who is coincidentally the old frontrunner. Biden, in a shocking political turnaround, came from behind to win ten out of the fourteen state primaries. Senator Bernie Sanders of Vermont, who was considered on a path to win a majority just days ago, vastly underperformed.

The states of the Deep South, like North Carolina and Alabama, with their large proportions of black voters, were expected to vote for Biden on mass. What was unexpected was Biden’s surge through the northern states as well. He won Massachusetts, Minnesota, and Maine, the latter two of which Sanders had won in the 2016 primary.

Polls had shown Sanders leading in Massachusetts days prior to the primary, but momentum led to a six-point victory margin for the former vice president. Sanders’ campaign was prepared for a victory in Minnesota; he held his last rally there before voting in St. Paul. But, following an endorsement from Senator Amy Klobuchar, Biden won the state by nine points.

Polls in Texas prior to voting had it as a toss up between the two near octogenarians. Moreover, Sanders had invested heavily in getting Hispanics to turn out for his campaign. Yet, Biden won Texas by four points.

The only place where Sanders displayed his strength (outside his native Vermont) was out west. He won Colorado, Utah, and the most delegate-rich state in the entire primary, California.

“Now I haven’t seen the latest delegate count, but my guess is after California is thrown into the hopup, it’s going to be pretty close,” Senator Sanders said today in a press conference in Burlington, Vermont where he spoke about the status of his campaign. “We may be up by a few; Biden may be up by a few. But I think we go forward basically neck-and-neck.”

“Joe Biden is somebody I have known for many years. I like Joe. I think he’s a very decent human being,” said Sanders, describing his opponent, but “obviously [he’s] heavily supported by the corporate establishment.”

The next round of voting is in six days, and includes contests in the states of Idaho, Mississippi, Missouri, North Dakota, Washington and Michigan. How they both perform in Michigan will be the best indicator about the possible outcome of the race. Sanders won the Michigan primary in 2016 and Michigan is one of the critical states Democrats must win back from Donald Trump in November’s general election.

“Michigan is obviously an enormously important state, a state I feel comfortable in,” Sanders said during his press conference. Polls currently show it competitive between him and Biden.