Why Did the U.S. Air Force Buy Chinese-Made Drones? 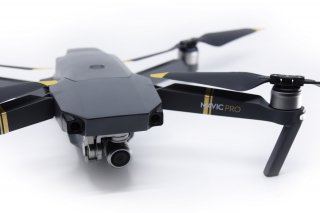 A year ago the bipartisan American Security Drone Act, which had the support of several high profile U.S. senators on both sides of the aisle, called to ban the U.S. government from purchasing drones that were manufactured in countries that were identified as "national security threats." That includes nations such as China and Iran.

The act was proposed by U.S. Senators Rick Scott (R-Fla.), Chris Murphy (D-Conn.), Tom Cotton (R-Ark.), Josh Hawley (R-Mo.), Richard Blumenthal (D-Conn.) and Marco Rubio (R-Fla.). The bill proposed to prohibit federal departments and agencies from procuring any foreign, commercial, off-the-shelf drone or covered unmanned aircraft system (UAS) manufactured or assembled in countries identified as national security threats, and provided a timeline to end current use of these drones. It also called to prohibit the use of federal funds to be used to purchase the drones.

"There are nations around the world, like China, that are actively building up their militaries to compete with America," explained Sen. Scott as reported by Unmanned Aerial last year. "China is stealing our technology and intellectual property, yet the U.S. government continues to buy critical technology, like drones, with American tax dollars from Chinese companies backed by their government. For far too long, we have turned a blind eye to China and allowed their technology into some of the most critical operations of the U.S. government. This has to stop. The American Security Drone Act protects our information and national security by prohibiting the federal government and our military from buying drones manufactured in countries that are our adversaries."

However, the U.S. military has reportedly not complied with the calls from lawmakers not to purchase such foreign-made drones.

The Chinese firm, which is based in Shenzhen, is the world's largest manufacturer of unmanned aerial systems (UAS). While the company has been named a national security threat, it has also supplied drones and other UAS platforms to more than 900 local and state law enforcement and emergency service agencies. After it was named a threat, some agencies such as the Interior Department grounded its fleet of DJI drones.

The question now is why did the Air Force acquire the drones despite the known threat, and lawmakers are curious for an answer.

"Why would we allow the U.S. government to purchase drones from China," asked Sen. Murphy. "Doing so allows Beijing to gather sensitive data from us."

Critics have suggested that the drone could be used to gather information about the U.S. military and critical infrastructure, or even be used as part of espionage efforts and in data collection, which could be sent back to Beijing.

However, the Air Force has maintained that the drones would be used to train airmen on how to counter the drones and even to defeat them. Last year Ellen Lord, undersecretary of defense for acquisition and sustainment, issued waivers for the use of the DJI drones on ranges in "highly controlled conditions," where the drones were used to test the U.S. military's counterdrone capabilities.

"We are not authorizing utilization of Chinese-[made] drones out in the field," Lord told Voice of America. "We are using them for targets."

Moreover, for its part DJI has tried to appease U.S. lawmakers by producing a "government edition" drone that can operate offline, while the company also took a more direct approach by spending $1.7 million to lobby lawmakers.

While it seems that many on Capitol Hill may see the DJI Mavic 2 and other drones to be a security risk, the military sees the potential in training with hardware that is actually built by a foreign adversary. If only it was that easy to determine the capabilities of hypersonic missiles and stealth aircraft.

Image: The DJI Mavic Pro is an unmanned aerial photography and videography drone for personal and commercial use released by DJI.