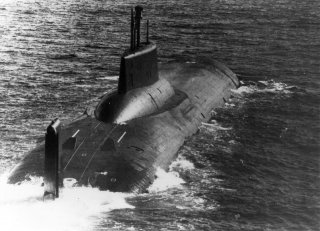 Key Point: It’s probably sensible to await more concrete evidence the Russian Navy is ready to follow through with the considerable money and effort necessary to revamp its moth-balled mega-subs.