Why Russia Is Ready to Build an Arctic Fleet 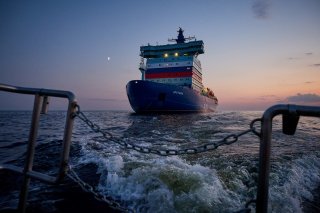