Why Is Russia Sending New Submarines to the Arctic Circle? 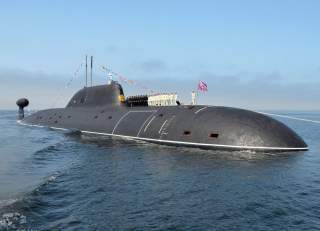 Key point: As the Arctic thaws, new trade routes and resources are opening up. Needless to say, Moscow wants its share of the spoils.

Mark Episkopos is a frequent contributor to The National Interest and serves as research assistant at the Center for the National Interest. Mark is also a PhD student in History at American University. This article first appeared in 2018.