Why Was There No Successor to the SR-71 Blackbird? 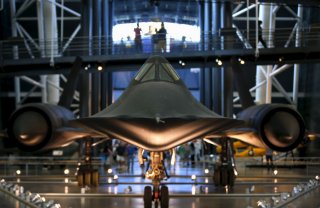 The SR-71 Blackbird, one of America’s fastest and most storied aircraft, was first retired by the U.S. Air Force in 1988. Although it was briefly brought back into service during the 1990s, it had been firmly grounded by the Air Force in 1998, and by NASA the following year. Strangely, although the normal cycle of military aircraft calls for each generation to be replaced with a “successor” plane, carrying out the same collection of missions more effectively, no successor to the SR-71 was ever built.

The lack of a successor, and the SR-71’s extreme capabilities, provided grist for the rumor mills that sprung up in the 1990s about a potential successor aircraft to the Blackbird. In particular, rumors flew about an “SR-91 Aurora,” a hypothetical aircraft that could travel at speeds of up to Mach 5.

The existence of the SR-91 Aurora remains, of course, impossible for outsiders to definitively prove or disprove—much like the existence of aliens in Area 51. However, although the necessary technology has evolved considerably since the 1980s, the notion that a secret Air Force plane was developed in those years seems absurd.

There were two primary reasons that the SR-71 was retired without a successor aircraft lined up: emerging technology and geopolitics. By the 1990s, the Berlin Wall had fallen, the Cold War was over, and the United States and Russia were on relatively good terms for the first time since 1917. The notion that, during this time, the Air Force was secretly shoveling cash into Lockheed’s famed “Skunk Works” experimental division to design a new jet defies logic.

A more interesting reason that the plane, or one like it, has not surfaced since has been the change in military technology. The advent of two critical alternative technologies—drones, or “unmanned aerial vehicles” (UAVs), and spy satellites—has largely eliminated the need for a U.S. pilot to fly over hostile territory photographing sensitive sites below. In recognition of this fact, the Air Force itself did not oppose the SR-71’s retirement, noting its high price tag and increasingly limited usefulness.

Interesting that the technology required for the Aurora’s alleged capabilities—namely, updates to engine design allowing for hypersonic speeds—now exists. The groundwork has been laid for a successor to the SR-71, the creatively-named “SR-72” drone, which is scheduled to take to the skies by 2025. If the SR-91 had ever existed, it would look something like the glimpses seen of the SR-72’s design.