Will China Be Afghanistan’s Next Victim? 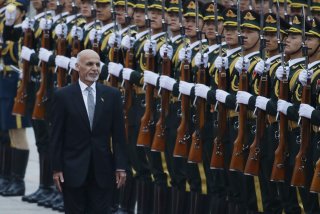 Afghanistan is a nation prone to intense and recurring natural hazards that include floods, earthquakes, snow avalanches, landslides and droughts. The landlocked Central Asia nation is also known for its rugged terrain. Those factors contribute to its reputation as the “Graveyard of Empires.”

As the United States has all but completed its withdrawal of military forces from the remote land, thereby ending America’s war, it is clear that little was actually gained from the nearly twenty-year-long conflict. The Taliban currently controls nearly 188 of the country’s 407 districts and contests another 135. Many experts have suggested it is a matter of when, not if, the Taliban will eventually retake control of Afghanistan.

Yet, the Taliban are also latecomers in a sense, and they could be as easily swept away.

The nickname “Graveyard of Empires” is fitting as countless powers led military campaigns into the region—only to leave beaten and broken. This has included the Maurya Empire, the Greek Empire of Alexander the Great of Macedon, the Rashidun Caliphate, the Mongol Empire led by Genghis Khan, the Timurid Empire of Timur, the Mughal Empire, the Sikh Empire, multiple Persian Empires, the British Empire and the Soviet Union.

It wasn’t even thought that the land really had much to offer. While today it is known the soil is rich with natural resources, the landlocked country doesn’t make actually getting to any of it easy. Yet, Afghanistan was the site of so much conflict because it has been seen as vital in controlling the rest of Southern Asia.

In the nineteenth century, Afghanistan played an important part in The Great Game power struggles between the United Kingdom and Russia. Neither side actually wanted control of the land, however; instead, each attempted to prop up friendly leaders while the British became embroiled in conflicts when their de facto puppets found themselves in trouble. Multiple times the British Army marched into the distant land simply to maintain a status quo.

The Soviet invasion of Afghanistan a century later was essentially seen as the “Soviet Union’s Vietnam War,” where the West engaged in a proxy war with the Communist Bloc. The U.S. support of the Islamic Mujahedeen may have helped in driving out the Soviets but in turn led to the rise of the warlords, and the emergence of the Taliban.

Beijing has big plans for Afghanistan now that the United States and NATO have essentially vacated the country, according to a report this week from The Daily Beast. The news outlet reported, “China is poised to make an exclusive entry into post-U.S. Afghanistan with its Belt and Road Initiative (BRI).”

A source close to government officials in Afghanistan, speaking on condition of anonymity, told The Daily Beast that Kabul authorities are growing more intensively engaged with China on an extension of the $62 billion China-Pakistan Economic Corridor (CPEC)—the flagship project of BRI that included the construction of highways, railways and energy pipelines between Pakistan and China—to Afghanistan.

It was suggested that behind the scenes, the Afghanistan government in Kabul is welcoming China while it waves goodbye to the United States.

The Daily Beast also reported that the BRI strategy calls for China to connect Asia with Africa and Europe via land and maritime networks that could span some sixty countries. It is essentially a twenty-first-century version of the ancient “Silk Road” that brought exotic goods to Europe from the Far East. The strategy is the same, to promote inter-regional connectivity while spreading China’s influence to the world.

While some believe China could even bring the Taliban on board with BRI, and the insurgent forces have said they’d support projects that serve Afghan interests, the region has a lot of blood in the sand and it isn’t likely to become the land of peace anytime soon. Armed conflict and open civil war would not exactly be ideal for those who have to move goods through Afghanistan.

Moreover, a twenty-first-century version of The Great Game could emerge. India “could cause trouble for China” in Afghanistan or New Delhi and “has every reason to do so,” Gordon Chang said in an op-ed published by The Hill.

Chang is one of many China experts who has stated what should be obvious, “China will almost certainly fail in the Afghan graveyard.”