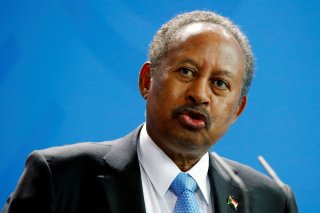 Officials around the world reacted with alarm and hostility to the Monday coup d’etat in Sudan, during which military leader Abdel Fattah el-Burhan dissolved the civilian government of Prime Minister Abdalla Hamdok and took most of its leaders prisoner.

Sudan, where former thirty-year dictator Omar al-Bashir was overthrown in 2019, was regarded as a success story within the second wave of the “Arab Spring” pro-democracy protests. In the aftermath of al-Bashir’s overthrow, civilian leaders who had led protests and military leaders who had refused to support Bashir formed a transitional “Sovereignty Council” with representatives from both factions.

In spite of these defenses, the international reaction to the coup has been overwhelmingly negative. In a statement, Jeffrey Feltman, U.S. Special Envoy for the Horn of Africa, said that America was “deeply alarmed at reports of a military take-over of the transitional government,” noting that it would violate both the Sudanese democratization process established in 2019 and “the democratic aspirations of the Sudanese people.”

Feltman called the development “utterly unacceptable,” ominously warning that “any changes to the transitional government by force puts at risk U.S. assistance” to the country.

Later in the day, the United States announced that it would freeze a $700 million aid package to Sudan. That aid had been contingent on the nation adhering to its transition plan, which would have seen a fully civilian government in power by 2024.

UN Special Representative to Sudan Volker Perthes called the arrest of Hamdok and his cabinet “unacceptable” and insisted they be released immediately.

France and Germany also opposed Hamdok’s ouster. Even China, which has generally pursued a softer line with changes in government, called for all Sudanese factions to “resolve their differences through dialogue so as to maintain peace and stability.”

In Khartoum, however, at least seven Sudanese have been killed during protests against the coup, and at least eighty have been wounded.