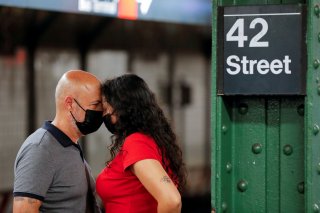 The U.S. Food and Drug Administration, responsible for overseeing the approval of medications and vaccines in the United States, has authorized a third shot of the Pfizer and Moderna vaccines to select groups of Americans. These “booster shots,” as they are usually referred to, have been supported by the vaccine manufacturers as a way to ensure the immunity they provide through the winter when virus cases have historically increased.

Dr. Janet Woodcock, the FDA’s acting commissioner, issued a statement on Thursday claiming that the FDA was “especially cognizant that immunocompromised people are particularly at risk” for the disease’s worst effects.

“People who are immunocompromised . . . have a reduced ability to fight infections and other diseases, and they are especially vulnerable to infections, including COVID-19,” according to the statement. “The FDA evaluated information on the use of a third dose of the Pfizer-BioNTech or Moderna Vaccines in these individuals and determined that the administration of third vaccine doses may increase protection in this population.”

Crucially, the FDA did not approve booster shots for Americans who do not have existing issues with their immune systems, meaning that a mass booster shot campaign is unlikely to occur in the foreseeable future—and, for most Americans, it remains unclear if such a campaign would even be necessary.

The decision on booster shots has been complicated by the rapid onset of the Delta variant, which has dramatically increased cases in the United States in the spring and summer of 2021 and caused the 2020-era lockdowns, many of which were lifted in the spring, to be re-imposed.

In the United States, the Centers for Disease Control and Prevention (CDC) reported a seven-day average of 113,000 new coronavirus cases per day for the first week of August, an increase of 24 percent from the previous week. Hospital admissions, according to the data, have increased more than 30 percent. The increases are concentrated in states with lower vaccination rates, most notably including Texas and Florida.

The overwhelming majority of the new group—97 percent—have not received a single dose of the vaccine, leading booster shot skeptics to argue that the doses could be better used by vaccinating more Americans. The World Health Organization has also discouraged the use of booster shots, arguing that the vaccines should instead be distributed to developing countries with low vaccination rates. The intergovernmental agency has set a target for 10 percent of all countries to be vaccinated by September—a target which now seems unlikely to be met.