10 Retail Giants That Have Been 'Infected' by Coronavirus 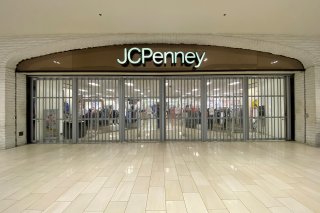 The coronavirus pandemic, needless to say, has not been good for the retail sector. Social distancing measures caused virtually all retail to close for several months, and some locations in some areas still haven’t reopened.

The pandemic has been especially hard on the many companies who were struggling somewhat even prior to the start of the pandemic. Here are the stories of some of the companies who have run into trouble this year, whether declaring bankruptcy or having acquisitions fall apart:

- J. Crew. The retailer declared bankruptcy back in May, becoming the first major American retailer to take that step in the coronavirus era. The company reopened hundreds of stores in June, while at the same time announcing some permanent store closures. The company had suffered from the general decline of retail, as well as the impression that its designs had gotten out of touch with popular tastes.

- JCPenney. The more than century-old retailer declared bankruptcy in May, leading to rumors — unsubstantiated, as of yet — that Amazon might buy the company.  The company had also been struggling for many years, due to what was seen as mismanagement as well as a shift of consumer behavior away from department stores. JC Penney had 800 stores at the time of the filming, and on Tuesday, The Street reported that the company was near a deal with Sycamore Partners to emerge from bankruptcy.

- Brooks Brothers. The high-end men’s fashion retailer, in addition to coronavirus, also suffered from significant changes in consumer shopping habits--namely, fewer men are buying suits than they used to, especially during a period when they’re not required to go to work. The company filed for bankruptcy in early July, along with plans to close 51 stores. The company plans to restructure and remain in business.

- Victoria’s Secret. While it hasn’t had a bankruptcy filing, the famous lingerie retailer also faces an uncertain future. Victoria’s Secret’s parent company, L Brands, agreed early in the year to sell a majority stake to private equity firm Sycamore Partners. However, the deal fell apart in May when per Forbes, Sycamore “did not agree with steps the lingerie brand took in response to the coronavirus pandemic.” The brand has also drawn fire from revelations about the business ties between L Brands’ founder, Leslie Wexner, and notorious sex offender Jeffrey Epstein, although Wexner stepped down as CEO this year.

- Neiman Marcus. In April, the department store chain Neiman Marcus became the latest retailer to file for bankruptcy. The privately held company has permanently closed several stores recently, including the one at Hudson Yards in New York.

- Ann Taylor/Loft/Lane Bryant. Ascena Retail Group, the owner of the retail brands Ann Taylor, Loft and Lane Bryant, filed for bankruptcy last week, after the company- per CBS- “had been dragged down by debt and weak sales for years.” The company plans to permanently shutter many stores .

- Modell’s. The sporting goods chain declared bankruptcy on March 11, shortly before the start of the quarantines. Per Reuters, the privately-owned company immediately agreed to liquidate 19 stores.

- True Religion. The premium denim brand filed for bankruptcy in April, for the second time in four years. Bloomberg News attributed the bankruptcy, in addition to the pandemic, to the fading fashion allure of denim. True Religion’s Chapter 11 documents were approved this week by a bankruptcy court.

- GNC. The supplement retailer announced in June that it was filing for bankruptcy, that it would close up to a quarter of its 5,800 retail stores, and that it was looking for a buyer. Per CNN, the company also obtained $130 million in financing in order to continue operations. Creditors said last week that the company’s timeline was “not workable.”

- Sur La Table. The cookware retailer announced earlier this month that it was filing for bankruptcy and that it was closing some stores. The company, while not calling it a liquidation sale, has launched a major “overstock” sale.”