Best Buy, Walmart Will Both Require Masks for All Shoppers 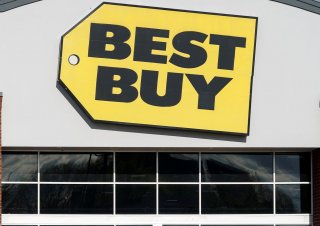 Best Buy, since the beginning of the coronavirus pandemic, has taken various precautions to protect its customers. In early April, the company announced that it was offering curbside pickups, after it had closed all of its stores to customer traffic. At the end of April, the nation’s largest consumer electronics retail chain announced that it was resuming both Geek Squad home visits and some in-store consultations. In early June, Best Buy announced that customers could once again enter stores without an appointment, although safety precautions were still being taken.

When taking all those steps, Best Buy didn’t ever require its customers to wear masks, but now, the company has taken that step.

“Customers and employees are required to wear a face covering. We will supply a face covering if you don’t have one. Small children and those unable to wear one for health reasons may enter without one,” the company said on its website Tuesday. The policy went into effect Wednesday.

In addition, the company’s employees will be subject to safety guidelines, including “wellness checks, personal protective equipment, regular cleaning of high-touch areas, along with engaging in other enhanced safety measures.” The company will also limit store traffic levels.

On Wednesday, Walmart announced that it is following suit, and also requiring masks at all Walmart and Sam’s Club locations, since 65 percent of the company’s stores are located in areas where masks and face coverings are already mandated by local governments.

“To help bring consistency across stores and clubs, we will require all shoppers to wear a face covering starting Monday, July 20,” Walmart said in a statement. “This will give us time to inform customers and members of the changes, post signage and train associates on the new protocols.”

Walmart has also established a new job role of “Health Ambassador,” who will stand near the entrance of stores “to remind those without a mask of our new requirements.” And at Sam’s Club locations, masks will be provided to customers who arrive without one.

Per CNN, the announcements follow Starbucks requiring masks in all stores last week. Costco has had such a requirement since May in its stores.