Bill Gates: Six Coronavirus Vaccines Could Be Green-Lighted by Spring 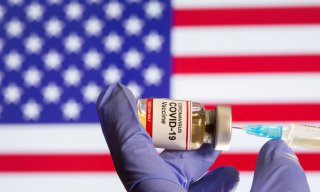 Billionaire philanthropist Bill Gates has estimated that as many as six coronavirus vaccines could be available in the United States by spring.

“I expect that we’ll have about six vaccines approved by the first quarter,” the Microsoft co-founder said Tuesday while speaking at the virtual Singapore FinTech Festival.

Gates, who has been warning about the threat of a global pandemic since 2015, stated that vaccine candidates from Novavax, AstraZeneca, Moderna, and Johnson & Johnson could be approved within the coming months in addition to the Pfizer vaccine, which began its rollout Tuesday in the United Kingdom. He did not name the sixth vaccine candidate.

Last week, the United Kingdom became the first country to give the Pfizer-BioNTech vaccine emergency use approval. The Pfizer vaccine could receive a similar approval by the U.S. Food and Drug Administration as early as this week.

“The Western regulators are doing a great job,” he said. “They’ve run these phase three trials in an incredibly professional way, looking for any side effects, looking at efficacy.”

Gates, however, noted that more work needs to be done to ensure that vaccines are fairly distributed to all countries, both rich and poor.

“We need to make sure we (distribute) in a somewhat equitable way, that’s not how rich you are determines whether you get access to this vaccine,” he said.

The Bill & Melinda Gates Foundation is already working with India’s Serum Institute—the world’s largest vaccine producer by volume—to begin manufacturing and distributing AstraZeneca’s coronavirus vaccine candidate. Gates added that a similar arrangement will be made with Serum for the Novavax vaccine.

“The goal is to get these things out as much as possible in 2021, so even in developing countries, the pandemic is over by some time in 2022,” he said.

According to September’s The Goalkeepers Report by the Bill & Melinda Gates Foundation, modeling from Northeastern University was used to forecast that twice as many people could die from the ongoing pandemic if wealthy countries decide to hoard the first two billion vaccine doses.

The report also noted that the pandemic disproportionately impacts women, racial and ethnic minority groups, and those living in extreme poverty.

“The pandemic, in almost every dimension, made inequity worse,” Gates said in a conference call with reporters. “The poorer countries are suffering far more than the richer countries because of a lack of fiscal resources to go on.”