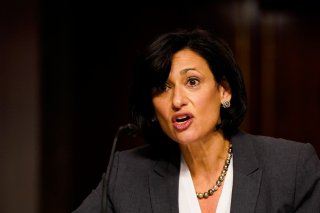 In an effort to calm growing public anxiety, the Centers for Disease Control and Prevention (CDC) has stated that monkeypox virus transmission requires close contact with an infected person.

According to the agency, although the virus can spread through respiratory droplets, it is much less contagious than COVID-19. “This is not Covid,” Dr. Jennifer McQuiston, a CDC official, told reporters on a call earlier this week. “Respiratory spread is not the predominant worry. It is contact and intimate contact in the current outbreak setting and population,” she continued.

In one example, per CNBC, McQuiston noted that nine people who were confirmed to have monkeypox took lengthy flights from Nigeria to other countries without infecting anyone else on the planes. “It’s not a situation where if you’re passing someone in the grocery store, they’re going to be at risk for monkeypox,” she said.

According to the World Health Organization (WHO), monkeypox is a viral illness that begins with flu-like symptoms and the swelling of lymph nodes, eventually progressing to rashes on the face, hands, feet, eyes, mouth, or genitals that turn into raised bumps which then become blisters.

The virus is most easily spread via open contact with the sores of an infected individual and has an incubation period of at least twenty-one days. It can also spread through contact with materials that have the virus on it, such as shared bedding and clothing. In all, there are roughly 230 confirmed and suspected cases across nearly twenty countries, including the United States, Canada, Australia, Italy, and Spain, the health agency added. The United States has confirmed one monkeypox case in Massachusetts and four presumed cases in New York City, Florida, and Utah.

The recent outbreaks are believed to be highly unusual due to the fact that they are occurring in North American and European countries where the virus is not endemic. Monkeypox is usually found in Central and West African rainforests where animals that carry the virus live. Animal hosts include a range of rodents and non-human primates.