China Didn't Give Us the Coronavirus. Europe Did. 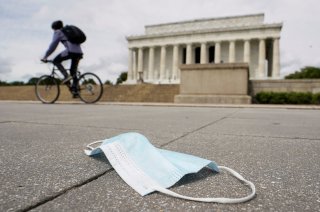 America's coronavirus crisis has cost the government more than $3 trillion -- so far -- to say nothing of the costs to the rest of the economy. Was most or all of this avoidable? Inevitably, like everything else in American political life, the evaluation of America's coronavirus response has become thoroughly politicized. If you believe in states' rights to open up their economies, you must be a Republican. If you believe in states' rights to shut them down, you must be a Democrat. The golden mean is hard to find.

Yet the not-so-golden mean is where the country has landed. The United States has experienced roughly the same number of coronavirus cases and deaths as western Europe, a region of the world that closely matches the US in wealth, health, population, and disease-fighting capacity. Some European countries have done better: Germany and the tiny Scandinavian countries of Denmark and Norway stand out. Some larger countries, like France, Spain, Italy, and the United Kingdom have done much worse.

But look across the United States, and states like Oregon and Utah have fared just as well as the luckiest European countries. Texas has far out-performed Belgium and the Netherlands, which combined have roughly the same population. Giant states like California and Florida and have avoided the worst of the pandemic, with coronavirus caseloads and death tolls on a par with Europe's best-performing big country, Germany. Strip out the greater New York area, and American coronavirus statistics don't look so bad after all.

Yet as Democrats try to pin the coronavirus blame on Trump, and Trump tries to deflect the blame onto China, could it be that the real culprit is the European Union?

China is an easy target, both because it was the origin of the outbreak and because it is currently unpopular on both sides of the political aisle. China early on suppressed information about the seriousness of the Wuhan pneumonia, as it was initially known, arresting its own doctors for spreading the word about the emerging crisis. Despite imposing its own draconian internal travel restrictions, it aggressively lobbied the World Trade Organization to discourage other countries from imposing international travel restrictions on China. China probably didn't "lie" about its case counts in the rapidly-evolving early weeks of the crisis, but it did fail to adequately warn the world that there were probably a lot more cases than it was able to detect. China has a lot to answer for.

But all of these truths obscure the one crucial point: America's coronavirus epidemic didn't come from China. It came from Europe.

Genetic research has now revealed that most of America's coronavirus cases originated in New York, and most of New York's cases were imported from western Europe. While all eyes were focused on China in February, it turned out that the virus was already circulating widely in New York by the end of the month. Trump's travel bans really did work to protect the United States from what he called the "China virus." They did little to stop the spread from Europe.

Current politics notwithstanding, America and Americans have extraordinarily deep relationships with China. Thus it is no surprise that the United States was the first country outside East Asia to identify the coronavirus as a serious risk to public safety. The US Centers for Disease Control (CDC) issued a travel advisory and implemented health screening of travelers from Wuhan and as early as January 17. That was elevated into a China-wide travel ban on January 31, just two weeks later. Even Americans returning from Wuhan were subjected to mandatory quarantine. Australia and New Zealand quickly followed suit with China travel bans of their own on February 1 and 2.

These island nations, with no non-stop, flights Europe, have ridden out the pandemic largely unscathed. In fact, most of Australia's coronavirus cases were imported from the United States. Australia's most prominent coronavirus victim was actually Tom Hanks, who apparently brought the virus with him when he flew to Australia to begin filming an upcoming Elvis Presley biopic. Hanks and his wife Rita Wilson were among Australia's first 100 confirmed coronavirus cases.

Another early cluster of Australian coronavirus cases was introduced from a Colorado ski lodge. Yet despite the high-profile cases, Australia did not slap travel restrictions on the United States until it banned all international travel on March 20. Had Australia been as wary of the United State as it was of China, it might have avoided a coronavirus epidemic altogether. New Zealand, with far fewer flights to the United States and a global travel ban that took effect on March 14, nearly did. For Australia and New Zealand, it wasn't their international rivals they had to fear. It was their friends.

It's the same story for America and Europe. Although Donald Trump raised the prospect of banning travel from Italy at a February 26 press conference, there was little appetite among the country's political class for additional travel restrictions at that time. There should have been. Had Trump's European travel ban come just two weeks sooner, the United States might have avoided a full-blown crisis.

When Trump finally did impose a Schengen-area travel ban (covering Italy and those European countries that had open borders with Italy under the European Union's freedom of movement regulations) on March 13, domestic and international critics were apoplectic. European Union leaders quickly condemned the ban. One unnamed EU official complained that "Trump is simply kicking a man when he's down." Within the United States, epidemiologists and politicos panned the decision, too.

One prominent exception was New York governor Andrew Cuomo. Having kept quiet at the time, he would later complain that Trump had not banned travel from Europe soon enough, before deciding that the March 12 ban on travel fro Europe was actually what "brought the virus to New York." Had he advocated tighter restrictions at New York's international airports in late February, a bipartisan consensus around Italy and Europe travel bans might have emerged soon enough to save the country from the worst of the pandemic. As things turned out, America's European travel ban was not too harsh. It was too little, too late.

Over the last few months, we've all become public health experts. We debate R-ratios and flatten curves with abandon. Two terms, in particular, have become conflated in the public's mind: isolation and quarantine. But for public health experts, they're very different. And they have very different implications for how an epidemic affects the economy.

The CDC defines isolation as the separation of "sick people with a quarantinable communicable disease from people who are not sick." Quarantine, by contrast, "separates and restricts the movement of people who were exposed to a contagious disease to see if they become sick." All the talk for the last four months has been about "self-isolation," but what that really meant was putting the entire country under quarantine. Everyone had potentially been exposed to the coronavirus, so everyone had to stay home. You never knew who might have the disease, so trust no one.

Isolation and quarantine could and should have been applied at the border. Isolation, for people testing positive for coronavirus. Quarantine, for everyone else. International travel bans would have been much less necessary, and much less costly if everyone arriving from coronavirus hotspots like Europe had been quarantined starting in mid-February. Instead, we quarantined the entire population, so that people could freely travel for just a few more weeks. That was the "One Big Mistake" that transformed America's coronavirus challenge into a crisis.

Had the United States been as cautious in dealing with Europe as it was with China, a full-blown closure of the American economy could have been avoided. Had the country simply shut down domestic aviation, much of the country could have remained open. It would have been much cheaper for the federal government to pay airlines not to fly than to compensate for the damage caused by flying. A few months of sacrifices by the travel industry could have averted a nationwide epidemic.

As things stand, the travel industry has been essentially shut down anyway; the decision to keep the planes flying in March only bought the industry a month, at an extraordinary cost to the rest of the economy. It's the same story for the cruise ship industry, which was allowed to operate through mid-March, despite the knowledge that the risks of incubating the coronavirus were very high. Throughout the crucial month of March, America's decisions were penny-wise but dollar-foolish.

As the dollars mount into the trillions, the clear lesson for the future is that travel restrictions work. Epidemiologists and other public health experts may not want to admit this, but it's true. To prove it, just look at the experiences of island countries like Australia, New Zealand, Singapore, and Taiwan, and compare them to islands like Ireland and the United Kingdom. The World Health Organization and its supporters continue to advise against travel bans. But when the next epidemic strikes, the rest of us will be ready to close the airports -- and let the rest of society go on with business as usual.