Did Coronavirus Come from Italy? No, But China Loves the Idea 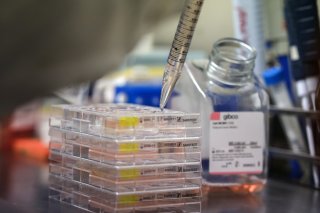 The authors of a recent study showing that the coronavirus might have been circulating in Italy far earlier than previously thought have stated that their findings do not in any way dispute the Wuhan, China, origin of the virus.

The research, conducted by the National Cancer Institute in the Italian city of Milan and published in the science magazine Tumori Journal, revealed that the virus was likely already present in Milan last September—a full five months before the country’s first coronavirus-positive patient was detected and three months before the initial outbreak was reported in Wuhan.

After the study’s publication, some scientists argued that the findings had the potential to change the origin history of the ongoing pandemic and called for further tests.

On Tuesday, the Chinese government responded to the study by saying that the origin of the virus may, in fact, involve several different countries.

However, Giovanni Apolone, the scientific director of the National Cancer Institute and a co-author of the study, asserted that the study’s data wasn’t trying to alter the timeline of the virus.

“These findings simply document that the epidemic in China was not detected in time,” he said during a news conference in Milan on Thursday.

Several scientists have focused on the specificity of the antibody tests, which could, in some instances, uncover the presence of antibodies to other diseases.

Emanuele Montomoli, co-author of the study and professor of preventive medicine at the University of Siena, defended the study’s findings, saying that the tests identified the antibodies by targeting a part of a spike protein that is specific to the coronavirus.

“Subsequently, the serum samples were also tested on four different types of coronavirus circulating at that time in Europe and the USA, and there were no cross reactions,” he told the news conference.

The coronavirus was first identified in Wuhan in December, and Italy’s first coronavirus-positive patient was officially confirmed on Feb. 21 in a small town near Milan, within the northern region of Lombardy.

In March, health officials and doctors reported a higher-than-average number of cases of severe pneumonia and influenza outside Milan in the last quarter of 2019, which could have been an early sign that the virus was already being transmitted by individuals in the region.

In another research conducted in May, a genetic study out of England suggested that the novel coronavirus was circulating around the world as early as October.

Scientists at University College London’s Genetics Institute were able to identify nearly two hundred recurrent genetic mutations of SARS-CoV-2, which researchers said showed how the virus was adapting to its human hosts as it spreads.

“Phylogenetic estimates support that the COVID-2 pandemic started sometime around October 6, 2019, to December 11, 2019, which corresponds to the time of the host jump into humans,” the research team wrote in the journal Infection, Genetics and Evolution.

The World Health Organization had previously stated that the novel coronavirus was not circulating elsewhere before Wuhan began implementing measures to contain the contagion.