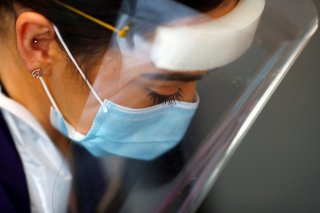 A new study, published in the scientific journal The Lancet, is suggesting that the coronavirus, also known as COVID-19, was already spreading in Wuhan, China, and Seattle, Washington, weeks ahead of each city going into full-fledged lockdowns.

The researchers were able to tap into data from two separate studies in those cities, where researchers retested throat and nasal swabs taken from individuals who were exhibiting flu-like symptoms during January in Wuhan and late February and early March in Seattle.

“As the virus started spreading in cities across the United States and cities across the world, probably by the time we started detecting cases, it’s likely that the virus had been spreading for several weeks, if not months,” the study’s co-author Lauren Ancel Meyers, a professor of integrative biology and statistics and data sciences who leads the University of Texas at Austin COVID-19 Modeling Consortium, told the Houston Chronicle.

The study’s findings revealed that there might have been more than twelve thousand undetected but symptomatic cases in Wuhan by January 23, when the city went into lockdown.

Meanwhile, by the time Seattle had closed its schools on March 9, there might have been more than nine thousand undetected cases—a third of them believed to be children. The researchers also concluded that the first case of the coronavirus in Seattle might have arrived as far back as Christmas or New Year’s Day.

“Even before we realized that COVID-19 was spreading, the data imply that there was at least one case of COVID-19 for every two cases of flu,” Meyers said in a news release.

“Since we knew how widespread flu was at that time, we could reasonably determine the prevalence of COVID-19.”

A recent genetic study out of England also suggested that the novel coronavirus spread rapidly around the globe late last year.

Scientists at University College London’s Genetics Institute examined samples from more than seventy-five hundred people infected with the coronavirus. The study also identified nearly two hundred recurrent genetic mutations of the new coronavirus, SARS-CoV-2, which researchers said showed how the contagion is adapting to its human hosts as it spreads.

“Phylogenetic estimates support that the COVID-2 pandemic started sometime around October 6, 2019, to December 11, 2019, which corresponds to the time of the host jump into humans,” the research team, co-led by Francois Balloux, wrote in a study published in the journal Infection, Genetics and Evolution.

A recently published study by French scientists discovered a man in France was infected with the coronavirus as early as December 27, which was close to a month before authorities confirmed the first cases there.

The World Health Organization responded by saying that this finding was “not surprising.”

There are now more than twenty-one million confirmed cases of coronavirus worldwide, including at least 761,000 deaths, according to the latest data from Johns Hopkins University.