Google Has a Plan to Combat Coronavirus Vaccine Fake News 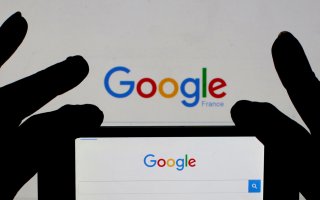 Google on Thursday launched new coronavirus information panels in its search results in an effort to help stop the spread of vaccine misinformation.

When an individual searches for anything related to coronavirus vaccines on Google, the new search feature will first list authorized vaccines in their respective area and show information panels on each vaccine, the company said in a blog post.

The internet giant stated that the feature would launch first in the United Kingdom, which on Tuesday became the first Western country to start immunizing its population in what has been labeled as a critical turning point in the battle against the ten-month-long pandemic.

As more vaccines get green-lighted by health authorities, Google said that it will introduce the search feature in more countries, in addition to providing $1.5 million to fund fact-checking research and the creation of a hub for journalists to improve access to “scientific expertise and research updates” on vaccines.

“As the world turns its focus to the deployment of vaccines, the type of information people need will evolve,” the blog post said.

“Communities will be vaccinated at an unprecedented pace and scale. This will require sharing information to educate the public, including addressing vaccine misperceptions and hesitance, and helping to surface official guidance to people on when, where and how to get vaccinated.”

For several months already, the company had been busy updating its platforms to show more coronavirus-related data from government sources and public-health authorities like the World Health Organization and the U.S. Centers for Disease Control and Prevention.

Other tech behemoths have also set their sights on tackling vaccine misinformation. Facebook last week announced that it would start removing false claims about coronavirus vaccines, which is part of its revamped policy on posts that could lead to “imminent physical harm.”

The social media giant had previously made it more difficult to see vaccine misinformation by “downranking” it, which makes it less visible in news feeds. But now, such posts will be taken down entirely if the claims had been discredited or contradicted by reputable health agencies like the U.S. Food and Drug Administration, the WHO, and the CDC.

In a recent livestream with White House coronavirus advisor Dr. Anthony Fauci, Facebook CEO Mark Zuckerberg said the company will strive to show its users only “authoritative information about the vaccines.”

He added that Facebook has already reached out to the incoming Joe Biden administration to help with the pandemic response.