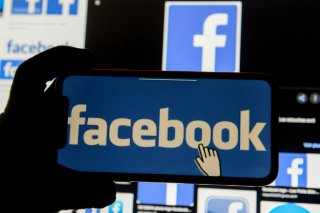 Facebook has announced that it will start removing posts that contain false claims about coronavirus vaccines.

The social media giant had previously made it more difficult to see vaccine misinformation by “downranking” it, which makes it less visible in news feeds. But now, such posts will be taken down entirely if the claims had been discredited or contradicted by reputable health agencies like the World Health Organization, the U.S. Food and Drug Administration, and the U.S. Centers for Disease Control and Prevention.

“This is another way that we are applying our policy to remove misinformation about the virus that could lead to imminent physical harm. This could include false claims about the safety, efficacy, ingredients or side effects of the vaccines. For example, we will remove false claims that COVID-19 vaccines contain microchips, or anything else that isn’t on the official vaccine ingredient list.”

On Monday, in a livestream with White House coronavirus advisor Dr. Anthony Fauci, Facebook CEO Mark Zuckerberg said the company will strive to show its users only “authoritative information about the vaccines.” He added that Facebook has already reached out to the incoming Joe Biden administration to help with the pandemic response.

In October, Facebook launched a new global policy that aims to ban advertisements that discourage people from getting vaccines.

“Now, if an ad explicitly discourages someone from getting a vaccine, we’ll reject it,” the company’s head of health, Kang-Xing Jin, and director of product management, Rob Leathern, said in a blog post.

Facebook, however, is still okaying ads that question or condemn government policies around vaccines, but those that explicitly discourage vaccines by portraying them as unsafe or ineffective are not green-lighted.

“We regularly refine our approach around ads that are about social issues to capture debates and discussions around sensitive topics happening on Facebook,” the blog post said. “Vaccines are no different. While we may narrow enforcement in some areas, we may expand it in others.”

Facebook’s announcement comes as only 60 percent of Americans say they would definitely or probably get a coronavirus vaccine, according to a new survey from the Pew Research Center. A recent Gallup poll revealed similar results, with only 58 percent of surveyed adults saying that they would roll up their sleeves for a shot once a vaccine is approved.