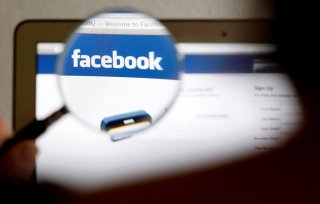 Facebook has launched a new global policy that aims to ban advertisements that discourage people from getting vaccines.

The company had already prohibited ads with vaccine hoaxes that have been publicly identified by leading global-health agencies like the World Health Organization and the U.S. Centers for Disease Control and Prevention.

“Now, if an ad explicitly discourages someone from getting a vaccine, we’ll reject it,” the social-media giant’s head of health, Kang-Xing Jin, and director of product management, Rob Leathern, said in a blog post. “Enforcement will begin over the next few days.”

Facebook will still sign off on ads that question or condemn government policies around vaccines, but those that explicitly discourage vaccines by portraying them as unsafe or ineffective will not be green-lighted.

“We regularly refine our approach around ads that are about social issues to capture debates and discussions around sensitive topics happening on Facebook,” the blog post said.

“Vaccines are no different. While we may narrow enforcement in some areas, we may expand it in others.”

It remains to be seen if such measures will curb the rising hesitancy among the general public in getting a coronavirus vaccine if one is given approval by the U.S. Food and Drug Administration in the coming months.

According to a recent survey conducted by the Pew Research Center, nearly half of U.S. adults (49 percent) say they definitely or probably would not get a coronavirus vaccine at this time.

The intent to get a vaccine has fallen from 72 percent in May—a sizeable 21-percentage point drop. The share of respondents who would definitely get a vaccine now sits at just 21 percent.

In another survey conducted by the Kaiser Family Foundation, 54 percent of respondents said they wouldn’t get vaccinated. A Gallup poll revealed that 35 percent of Americans would refuse a free coronavirus vaccine, even if it is approved by the FDA.

“With vaccination rates still low in many parts of the world, we’re working with global health organizations on vaccine education campaigns,” the blog post said.

Facebook’s new ban comes amid increasing public calls for social networks to regulate or drop a number of controversial content, such as those dealing with Holocaust denialism and QAnon conspiracy theories.