Half of Coronavirus Doctors Have used Hydroxychloroquine: Survey 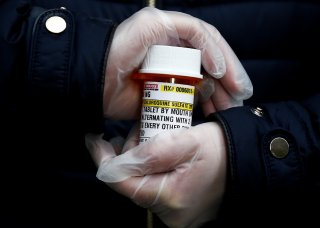 Amid the contentious, weeks-long debate about the use and effectiveness of hydroxychloroquine, an anti-malarial drug frequently pushed by President Trump and his allies to treat coronavirus, one particular talking point has been brandished repeatedly by those advocating for the drug. It was a survey of 6,000 doctors worldwide, which found that more doctors who had treated coronavirus patients considered hydroxychloroquine an effective treatment than any other.

In the fine print, however, it turned out only about a third of the doctors among the 6,000 had actually treated coronavirus patients, and that of those, just over a third of those surveyed had actually called hydroxychloroquine the safest, from a list of treatments-a number that dropped to under 25 percent among U.S. doctors.

The survey, from the medical discussion website Sermo, releases new numbers weekly, and the following week's numbers found that while usage of hydroxychloroquine had expanded, the treatment had dropped from the top spot in terms of "most effective," overtaken by "plasma from patients who have recovered from COVID-19." That survey got considerably less media coverage than the one the week before.

Now, the latest version of Sermo's numbers has been released, and they again show that while the use of hydroxychloroquine is increasing, it's still not seen as the most effective treatment. There are also several bleak notes in the numbers, in regard to testing.

The latest Sermo survey, which was taken between April 6 and April 9, found that of the 1,337 physicians surveyed who have treated patients with coronavirus, 50 percent have used Hydroxychloroquine or Chloroquine, which is the second most behind Azithromycin or similar antibiotics (58 percent.)

However, when asked about the effectiveness of treatments, 46 percent of respondents answered that "plasma from patients who have recovered from COVID-19" was either "effective" or "extremely effective," compared with 40 percent for Hydroxychloroquine or Chloroquine.

That no treatment listed was crossed the 50 percent mark is one of many bleak notes in the latest survey. Of the doctors surveyed, 65 percent say their region has "not yet reached the peak of the outbreak," a number that rises to 91 percent among U.S. respondents. When asked if they are worried about shortages of drugs being used to treat coronavirus patients, 69 percent said "yes."

Also, 59 percent of those asked said that serum antibody testing is "not at all available" in their region. And when asked if any healthcare workers had tested positive for coronavirus at their hospital, 51 percent said no and 49 percent yes.

The same caveats apply to the survey as others: It is merely a survey of doctors and not a scientific study or drug trial.