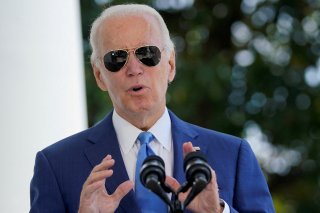 Amid growing criticism over how the government has handled the ongoing monkeypox outbreak, the Biden administration on Thursday finally declared the disease a public health emergency, ABC News has reported.

Health and Human Services (HHS) Secretary Xavier Becerra’s emergency declaration will help mobilize more resources and personnel to battle the outbreak that has spread rapidly coast to coast over the past two-plus months. It also gives the HHS the flexibility to bend federal rules or waive requirements on government health programs like Medicaid, Medicare, and the Children's Health Insurance Program.

“We're prepared to take our response to the next level in addressing this virus,” Becerra said on a media call.

“And we urge every American to take the process seriously and to take responsibility to help us tackle this,” he added.

The declaration, which comes a little less than two weeks after the World Health Organization (WHO) designated the outbreak an emergency of international concern, lasts for ninety days, but it may be extended by the HHS.

“The public health emergency will allow us to explore additional strategies to get vaccines and treatments more quickly out to the affected communities,” said Bob Fenton, the new White House monkeypox coordinator.

“And it will allow us to get more data from jurisdictions so we can effectively track, and attack, this outbreak,” he added.

“This is a strong attempt to try to elevate the message higher than it has been,” he told STAT, adding that many health professionals have not seen monkeypox cases and may remain unclear about how to test for it.

“People need to be looking for it, familiar with it, and be testing for it,” he continued.

There are currently more than 7,100 monkeypox infections across forty-eight states, according to the Centers for Disease Control and Prevention (CDC). Globally, more than 26,000 cases across eighty-eight countries have been confirmed. Health officials, however, have contended that they are not exactly sure how fast the disease has spread, largely due to the fact that they have only limited information about people who have been diagnosed and they are unsure how many infected individuals might be spreading it unknowingly.

According to the WHO, monkeypox is a viral illness that starts with flu-like symptoms and the swelling of lymph nodes, eventually progressing to rashes on the face, hands, feet, eyes, mouth, or genitals that turn into raised bumps which then become blisters. The virus is most easily spread via open contact with the sores of an infected individual, but it can also spread through contact with materials that have the virus, such as shared bedding and clothing.

The global surge in monkeypox cases is believed to be highly unusual due to the fact that the cases are occurring in North American and European countries where the virus is not endemic.