Is Joe Biden Against a Fourth Stimulus Check? 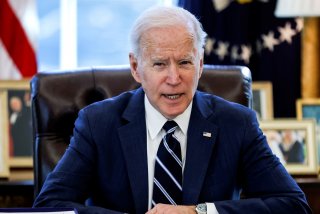 A petition calling for recurring $2,000 stimulus checks for the duration of the pandemic recently reached 2 million signatures, since it was first launched last year. The previous stimulus checks, including two in 2020 and an additional one this year, have proven so popular and so helpful to the economy that many are calling for additional direct payments.

“For our team and other Americans who can claim unemployment, even the maximum payments will not be enough for most people to continue paying their bills – and avoid slipping into poverty. The facts are, even successful small businesses can’t go months with their doors closed,” the original petition, written by a Colorado business owner, said. “But supplying Americans with monthly support until they can get back on their feet can save our communities from financial ruin.”

President Biden, in his speech to Congress last week, touted the success of the American Rescue Plan and its $1,400 checks, while also talking up his next plans, the American Jobs Plan and American Families Plan.

“A single mom in Texas who wrote me, she said she couldn’t work," Biden said in the speech to Congress, of aid that was presented to Americans as part of the Rescue Plan. "She said the relief check put food on the table and saved her and her son from eviction from their apartment."

While the American Families Plan includes a further expansion of the Child Tax Credit that would fund it through 2025, the president did not push in the address to Congress for a fourth full-on stimulus payment.

The president has not at any point laid out a reason for not proposing a fourth check. The reasoning seems to be that it’s better to embrace more specific priorities and targeted aid, at this stage of the pandemic, than what was appropriate both last year, and shortly after Biden assumed the presidency and passed the American Rescue Plan. It’s also likely that the votes aren’t there in Congress for an additional check, while the actual plans proposed by Biden are expected to represent a heavy lift.

Some Democratic Senators and representatives did indeed push for an additional round of checks earlier this spring. However, not enough lawmakers signed that letter to indicate that there are enough votes to pass such a package through Congress.

"Families shouldn’t have to worry about whether they’ll have enough money to pay for essentials in the months ahead as the country continues to fight a global pandemic,” the letter from those Democrats to the president said.

Meanwhile, there continue to be strong economic indicators, from retail sales to GDP to income, showing that the stimulus checks have caused a significant improvement in the economy since their passage.