In Line for Another $1,200 Coronavirus Check? Trump Administration Will ‘Seriously Look’ at Proposal 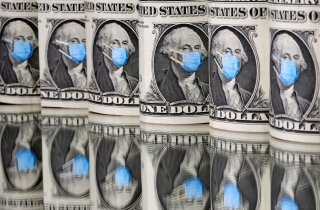 Treasury Secretary Steven Mnuchin this week hinted that the Trump administration would be willing to send out another round of stimulus checks to Americans.

During a Senate hearing regarding Washington’s next coronavirus aid package, Mnuchin said: “I think we’re going to seriously look at whether we want to do more direct money to stimulate the economy. But I think this is all going to be about getting people back to work, and we look forward to working with the entire Senate on this.”

Meantime, Senate Majority Leader Mitch McConnell said Congress may decide in the next few weeks if it will take up another round.

Some analysts have forecast that the relief measure will be on the way by late July.

Last month, the Democratic-run House passed a $3 trillion coronavirus relief bill—which essentially represents an opening offer in discussions with the Trump administration and the Republican-controlled Senate.

The Heroes Act would include a second direct payment to individuals and households of up to $1,200 per family member, capped at $6,000 for a family of five.

Mnuchin also touched on other topics that have been affected by the COVID-19 pandemic.

There is a need for funds that would “encourage businesses to rehire people, especially in areas that have been most impacted—whether it’s the travel, leisure, restaurants. You can’t get hotel capacity back up to speed without hiring people first,” he said.

Mnuchin said he was aware of an ongoing issue with the enhanced unemployment benefits, which has led to some individuals being paid more not to work, incentivizing them not to re-enter the workforce.

“We’re going to need to fix unemployment,” he said.

Last week, the Bureau of Labor Statistics surprisingly reported that the nation’s unemployment rate in May declined by 1.4% to 13.3%. Despite the favorable numbers, the U.S. economy in February entered a recession, ending an economic expansion that began in June 2009, according to the National Bureau of Economic Research.

Washington is also grappling with a sudden surge in new coronavirus cases. Texas has reported three straight days of record-breaking COVID-19 hospitalizations, while several counties in California have witnessed a noticeable spike in new infections.