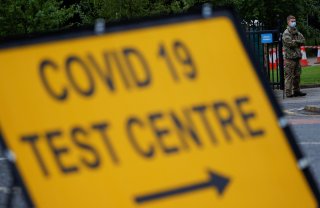 These days, most Americans are inundated with up-to-the-minute data detailing the horrific effects of the novel coronavirus.

But what often gets ignored amid this ongoing pandemic is that the flu season is right around the corner—which can be a lethal virus in its own right.

More than eight months into the global pandemic, roughly 810,000 deaths have been reported due to the coronavirus, according to the latest data from Johns Hopkins University.

That indeed is a substantial figure, but what current data show is that the seasonal flu also has the potential to be extremely deadly.

In a 2017 collaborative study by the Centers for Disease Control and Prevention and global health partners, between 291,000 and 646,000 people worldwide die from influenza-related respiratory illnesses each year.

These figures are considerably higher than the World Health Organization’s previous estimates of 250,000 to 500,000 deaths.

In the United States, on average, between nine and forty-five million Americans catch the flu each year, which leads to anywhere between 12,000 to 61,000 deaths. According to the CDC, between October 2019 and April 2020, there were an estimated thirty-nine to fifty-six million influenza infections and 24,000 to 62,000 fatalities.

“These findings remind us of the seriousness of flu and that flu prevention should really be a global priority,” Dr. Joe Bresee, associate director for global health in CDC’s Influenza Division, said in a news release.

The highest flu mortality rates are witnessed in the world’s poorest regions and among older adults. People aged seventy-five years and older and those living in sub-Saharan African countries experienced the highest number of fatalities, followed by individuals residing in Eastern Mediterranean and Southeast Asian countries.

Despite the WHO’s recommendation to utilize flu-vaccination programs to help protect people in high-risk populations, few developing countries have the resources or capacity to manufacture and distribute such vaccines.

“This work adds to a growing global understanding of the burden of influenza and populations at highest risk,” CDC researcher Danielle Iuliano said in a news release. “It builds the evidence base for influenza vaccination programs in other countries.”

In the United States, where flu-vaccination programs are widely available, fewer than half of adults and about 60% of children typically get the flu shot each year, according to CDC’s 2018-2019 data.

The shot’s effectiveness ranges from 20% to 60% each season—depending on the types of strains circulating. The available vaccines are aimed at preventing at least three different strains of the virus, and most cover four. Last year’s formulation was estimated to be about 45% effective in preventing the flu overall, with about a 55% effectiveness in children.

In preparation for a potentially dangerous one-two punch of flu cases and coronavirus infections, the four manufacturers of U.S. flu vaccines have already confirmed that they will ship roughly 200 million doses across the United States this year—which is 19% higher than last season.