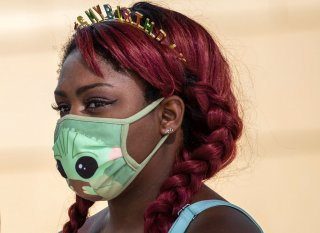 Current social-distancing guidelines set forth by the Centers for Disease Control and Prevention might be too conservative to stop the spread of the novel coronavirus, according to scientists at the Massachusetts Institute of Technology and the University of Oxford.

In the new report, which was published in The BMJ, the researchers suggest that other important factors—such as ventilation, crowd size, exposure time and whether face masks and coverings are worn—also need to be heavily considered.

As there is growing evidence that points to the fact that coronavirus may travel more than six feet when an individual coughs or shouts, distancing beyond six feet should definitely be considered in the highest-risk settings, such as indoor spaces with poor ventilation, the report said.

“Physical distancing should be seen as only one part of a wider public health approach to containing the COVID-19 pandemic,” the team writes.

Since the beginning of the ongoing pandemic, the CDC has advised the general public to keep at least six feet away from one another to limit the virus’ spread.

“COVID-19 spreads mainly among people who are in close contact (within about six feet) for a prolonged period,” the agency states.

“Spread happens when an infected person coughs, sneezes, or talks, and droplets from their mouth or nose are launched into the air and land in the mouths or noses of people nearby. The droplets can also be inhaled into the lungs.”

Lydia Bourouiba, an associate professor of civil and environmental engineering at MIT and co-author of the report, told NBC News that being able to distinguish between high-risk and low-risk exposure can be a great skill in protecting oneself from infection.

For added convenience, the researchers were able to develop a color-coded chart that shows the different risk levels of transmission in particular settings.

“This is a way to synthesize and, in some sense, translate complex notions into what we hope is an accessible color-coded chart,” Bourouiba said.

This report comes after the World Health Organization now appearing to be on board with many other medical experts across the world in saying that airborne spread of the coronavirus is, in fact, possible.

At the beginning of the outbreak, both the WHO and the CDC often asserted that individuals need to worry about only two types of transmission: inhaling respiratory droplets from an infected person nearby and touching a contaminated surface and then your eyes, nose, or mouth.

There are now more than 24.2 million confirmed cases of coronavirus worldwide, including at least 827,000 deaths, according to the latest data from Johns Hopkins University.