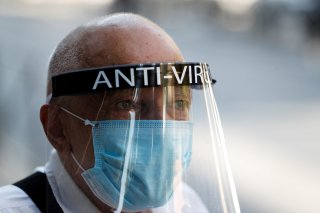 After six months into a global health pandemic that has killed more than 500,000 people, nearly 240 scientists from 32 countries are preparing to publish an open letter to the World Health Organization that challenges the official view of how the contagion spreads.

The group of scientists argues that the WHO needs to place more emphasis on the role of airborne spread of the novel coronavirus.

The WHO and the U.S. Centers for Disease Control and Prevention have asserted that individuals need to worry about only two types of transmission: inhaling respiratory droplets from an infected person nearby and touching a contaminated surface and then your eyes, nose or mouth.

The scientists will reportedly outline evidence that suggests that even smaller airborne particles—which can travel much greater distances—can also be a major spreader of the virus.

According to the WHO, airborne transmission is different from droplet transmission. Airborne transmission refers to the presence of extremely small particles that can remain in the air for long periods of time, and has the potential to be transmitted to others over distances greater than one meter.

Because of these findings, medical experts have highlighted the fact that poorly ventilated rooms, buses, planes and other confined spaces should be deemed highly dangerous even when people practice social distancing and stay six feet from one another.

The WHO has said that it will continually assess “ongoing research on the ways that COVID-19 is spread and will continue to share updated findings.”

According to data compiled by Johns Hopkins University, about 11.5 million people worldwide have been infected with COVID-19, and more than 530,000 deaths due the virus have been confirmed.

The U.S. has registered the highest number of COVID-19 infections and deaths by far—with almost 3 million cases and nearly 130,000 deaths reported.

The pandemic’s early hot spots emerged in the Northeast, particularly the New York metropolitan area, but the recent surge has occurred primarily in the South and the West, forcing several states to backtrack on reopening plans. Some states continued to report record-high levels of new cases over the July 4 holiday weekend.

The countries with the next highest COVID-19 cases are Brazil, Russia, India and the United Kingdom.