A New Coronavirus Mutation Might Make the Virus More Infectious 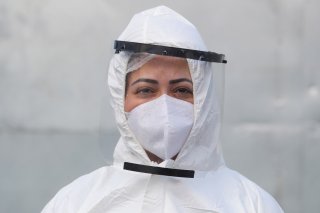 Researchers in Jupiter, Florida, say they believe a particular mutation in one strain of the new SARS-CoV-2 coronavirus may have helped it infect more human cells and make it into the dominant strain we see today.

The Scripps Research team of scientists, however, noted that more research still needs to be done to pinpoint exactly how the mutation affected the overall spread of the pandemic. It could also give clues to why so many were infected in the United States and Latin America.

“Viruses with this mutation were much more infectious than those without the mutation in the cell culture system we used,” Scripps Research virologist Hyeryun Choe, who assisted in leading the study, said in a statement.

The findings are expected to be posted on a preprint server called BioRxiv, meaning that the work has not been peer reviewed.

Choe and her team conducted a series of experiments that eventually revealed a mutation called D614G, which equips the virus with many more “functional spikes” and makes them more stable.

“The number—or density—of functional spikes on the virus is four or five times greater due to this (D614G) mutation,” Choe said.

Having such spikes enable newly made viral particles to navigate the journey from a producer cell to target cell fully intact, making it easier for the contagion to enter cells.

“Our data are very clear,” Choe said. “The virus becomes much more stable with the mutation.”

It is still unknown whether this mutation affects the severity of symptoms of those infected or overall mortality rates, the team noted.

Like all viruses, the new coronavirus is constantly mutating, and in the effort to quickly find a vaccine, scientists worldwide have freely shared the virus’ sequences.

In April, Bette Korber of Los Alamos National Laboratory and colleagues published their findings regarding the D614G mutation, calling it an “urgent concern.”

“It began spreading in Europe in early February, and when introduced to new regions it rapidly becomes the dominant form,” the team wrote.

The World Health Organization last week said the mutations seen so far in COVID-19 would not affect the efficacy of vaccines currently under development. WHO added that the mutations had not made the disease more easily transmissible.