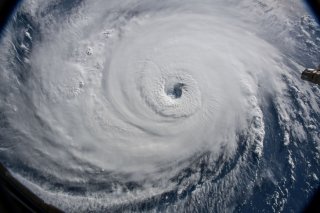 Carbon dioxide levels in the Earth’s atmosphere have hit a new record this year, even though the COVID-19 pandemic had brought many of the world’s economies to a virtual standstill for months.

The concentration of CO2 in the atmosphere reached 417.2 parts per million in the month of May, 2.4 ppm higher than the 414.8 ppm registered in 2019, according to readings from the Mauna Loa Observatory in Hawaii.

The grim numbers were released by the National Oceanic and Atmospheric Administration and the Scripps Institution of Oceanography at the University of California, San Diego.

“People may be surprised to hear that the response to the coronavirus outbreak hasn’t done more to influence CO2 levels,” Ralph Keeling, a geochemist who runs the Scripps Oceanography CO2 program, said in a statement.

“But the buildup of CO2 is a bit like trash in a landfill. As we keep emitting, it keeps piling up. The crisis has slowed emissions, but not enough to show up perceptibly at Mauna Loa. What will matter much more is the trajectory we take coming out of this situation.”

The project, begun by his father, Charles D. Keeling, has been taking readings since 1958 at a NOAA observatory on Mauna Loa volcano.

Daily emissions of CO2 were cut by an average of 17% worldwide in early April, but as COVID-19 lockdowns eased, the fall in emissions for the year as a whole is likely to be only between 4% and 7% compared to 2019.

According to Scripps scientists, such small differences won’t reverse the devastating climate change course that the planet is currently on. However, if emissions reductions of 20% to 30% could be consistently achieved for six to 12 months, then the rate of CO2 increase on Mauna Loa would likely slow.

Scientists recently warned that if Earth’s surface temperature warms another 6 to 7 degrees Fahrenheit, oceans will likely rise as much as four feet by the year 2100. In a more catastrophic scenario decades later, sea levels could swell by more than 16 feet, redrawing the globe’s coastlines.