The Numbers Are In: COVID-19 Vaccine Lotteries Didn’t Work 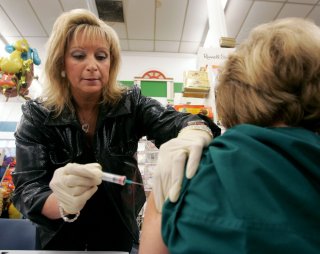 In the spring of 2021, to incentivize Americans to register to receive the COVID-19 vaccine, many state governors established “vaccine lotteries,” signing up all residents who had received at least one COVID vaccine dose and entering them to win cash drawings or other prizes.

The first high-profile state to create such a program, Ohio, saw a thirty-three percent increase in vaccinations in May after its “Vax-a-Million” program was announced. This apparent success led other states to follow suit with similar programs, including Maryland’s “VaxCash,” New York’s “Vax and Scratch,” and California’s “Vax for the Win,” and it was thought that each state would see increases in its vaccination rate after the programs were announced.

A paper written by three doctors and published in the Journal of the American Medical Association on Friday, however, found that notion to be false.

“No statistically significant association,” the study read, “was detected between a cash-drawing announcement and the number of vaccinations before or after the announcement date.”

Unfortunately, the study noted, millions of dollars were spent on lottery prizes, as well as the costs of running the rewards programs. Subsequent research by Insider suggested the total to be around $90 million, although that number did not include Massachusetts and Maine, two additional states that conducted lottery programs.

The results from the study, although disappointing, might discourage inefficient spending practices in the event of another public health crisis—and could also help shine light on better ways to incentivize vaccinations. One approach that has been suggested has been a guaranteed payout to all vaccine recipients, rather than a lottery, in which any individual’s chances of winning are very low. In addition to its unusual lottery, West Virginia offered vaccine recipients a $100 gift card or savings bond and saw an increase in vaccine registration after the announcement—as did California after Gov. Gavin Newsom offered residents a $50 grocery gift card to receive the shot.