Russia Confirms New Coronavirus Vaccine to Be Tested on 40,000 Volunteers 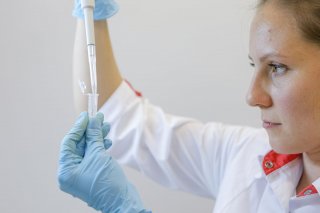 As this particular vaccine had only undergone rapid phase one and two clinical trials on a limited number of individuals, medical experts around the world, including White House coronavirus advisor Dr. Anthony Fauci, have voiced their concerns regarding its safety and efficacy.

Moreover, the data and results of the small-scale human trials in Russia have not yet been made available to the public.

“The so-called conditioned registration certificate means that we are obliged to conduct an additional expanded clinical trial,” Denis Logunov, deputy director for scientific work of Gamaleya Research Institute of Epidemiology and Microbiology, said in an online briefing on Thursday.

“And currently we have agreed on a huge protocol for 40,000 participants. The purpose of this protocol is not that much to study the immunogenicity and safety of the vaccine, that goes without saying. … But, additionally, we will have to assess the epidemic efficacy of this vaccine.”

Also on Thursday, Hans Kluge, the regional director for Europe at the World Health Organization, was asked what he thought about Russia’s new coronavirus vaccine.

“Let me say, overall, that any advances in vaccine development is very encouraging news,” he said during an online press briefing.

But he added: “Every vaccine has to go (through) the same rigorous standards of efficacy and safety. And, ultimately to know there is only one way to do so is clinical trials: phase one, phase two, and phase three—including phase three.”

Dr. Francis Collins, the director of the National Institutes of Health, recently said that Russia’s vaccine did not even make an effort to meet the “fundamental parts” of the scientific approval process.

“Some have called this Russian roulette,” he said.

Russian President Vladimir Putin, however, has claimed that it “works quite effectively” and even stated that one of his daughters has already been given the shot.

Russia has the fourth-highest number of coronavirus cases in the world, with more than 939,000 cases and 16,000 related deaths, according to the latest data from Johns Hopkins University.

Globally, there are more than 22.5 million confirmed cases and at least 789,000 deaths.