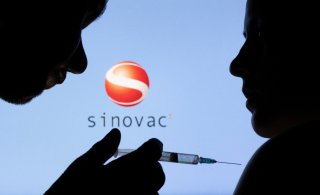 The “Coronavac” inoculation was one of the first anti-coronavirus vaccines to emerge following the onset of the pandemic. It was created by Chinese biopharmaceutical giant Sinovac. It was made from inactivated virus cells and is less sophisticated and effective than the Pfizer and Moderna vaccines. Still, it has greatly decreased hospitalizations and deaths in China. Moreover, it is one of the most commonly used vaccines in the world; 2.3 billion doses of the vaccine have been exported, largely to the developing world. More than 80 percent of all Chinese citizens have received one or both doses, contributing to the country’s extremely low coronavirus-related mortality rate.

While the vaccine has proven to be largely effective against normal variants of the virus, a study conducted by the University of Hong Kong (UHK) revealed on Tuesday that two doses were not enough to combat the increasingly concerning “Omicron” variant, which first emerged in South Africa last month and has since spread around the globe.

The Hong Kong study revealed that, of twenty-five people vaccinated with two Sinovac shots, none of them had the necessary antibodies in their blood to prevent infection from Omicron, according to a statement put out by the researchers, who described the Sinovac vaccine as “inadequate” against the variant.

In response to this assertion, Sinovac claimed that it had conducted a similar study on Wednesday, insisting that of twenty people with two vaccine shots it had tested, seven had sufficient antibodies to block Omicron, a success rate of 35 percent.

While this number is still very low, the pharmaceutical giant also claimed that its research showed that the success rate increased to 94 percent once a Sinovac booster shot was applied. The UHK study did not examine subjects who had received booster shots.

None of Sinovac’s research on the efficacy of its vaccines against Omicron has been made public, and the small sample sizes used in both the Sinovac and the UHK studies leave a significant margin of error. It is also unclear whether other factors, such as age and overall health, were controlled for in the Sinovac study.

Omicron has raised concerns worldwide after studies have shown that it is up to four times more transmissible than the original coronavirus virus that sent the world into lockdowns in early 2020. It has led governments worldwide, particularly in developed countries, to push their citizens to receive booster shots—a subject of controversy, as much of the world remains unvaccinated and international health organizations such as the World Health Organization have pushed developed countries to donate vaccine stockpiles to poorer nations rather than hoard them for booster usage.