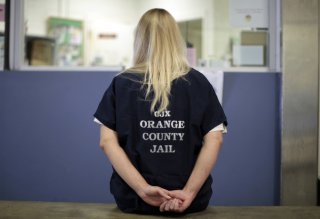 One in every five state and federal prisoners in the United States have contracted the coronavirus—a rate that is about four times higher than the general population, according to data collected by the Associated Press and the Marshall Project.

The ongoing pandemic, which has entered its tenth month, has infected at least 275,000 prisoners nationwide, with more than 1,700 dying from the disease.

More than 9,700 prisoners in Arkansas have tested positive and fifty have died, while South Dakota is known to have the highest infection rate in the nation, in which three out of five prisoners have carried the virus.

However, as vaccine campaigns get underway here in the United States, there has been noticeable pushback in some states against giving the potentially life-saving vaccine doses to prisoners.

“There’s no way it’s going to go to prisoners . . . before it goes to the people who haven’t committed any crime,” Colorado Gov. Jared Polis told reporters earlier this month.

Nationwide, the mortality rate for COVID-19 among prisoners is 45 percent higher than the overall rate, according to the report.

The pandemic “increases risk for those who are already at risk,” David J. Harris, managing director of the Charles Hamilton Houston Institute for Race and Justice at Harvard Law School, told the Marshall Project.

Experts have also pointed out that prison walls are never fully locked tight during a pandemic, as corrections officers and other employees travel in and out each day.

“The interchange between communities and prisons and jails has always been there, but in the context of COVID-19 it’s never been more clear,” Lauren Brinkley-Rubinstein, a professor of social medicine at the University of North Carolina at Chapel Hill who studies incarceration and health, told the Marshall Project.

“We have to stop thinking about them as a place apart.”

Emily Wang, professor at Yale School of Medicine, warned that unless the pandemic is brought more under control behind bars, the country will continue to see rising infection rates.

“Infections and deaths are extraordinarily high. These are wards of the state, and we have to contend with it.”