U.S. May Have Had 6.4 Million Coronavirus Cases by April 18 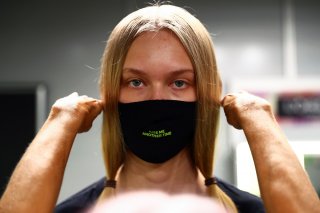 The United States may have had more than 6.4 million coronavirus cases by April 18—and not the official tally of 721,000, according to a new probability analysis published in Nature Communications.

The figure represents roughly nine times more than the number of confirmed coronavirus cases, also known as COVID-19, during the period.

“Accounting for uncertainty, the number of infections during this period was three to twenty times higher than the number of confirmed cases. 86% (simulation interval: 64–99%) of this difference is due to incomplete testing, while 14% (0.3–36%) is due to imperfect test accuracy,” the report’s authors wrote.

The United States, which has the largest outbreak in the world, currently has more than 6.3 million confirmed cases and at least 191,000 related deaths, according to the latest data from Johns Hopkins University. Globally, there are 27.9 million cases and 905,000 deaths.

The first known case of the coronavirus in the United States was confirmed on January 21.

The study’s authors contended that the discrepancy is due to the lack of testing of asymptomatic and mild cases from Feb. 28 to April 18—the first six weeks of the global pandemic.

The analysis noted that the findings highlight the need for more expansive testing in the country.

“The majority of this discrepancy was due to undertesting,” the study’s co-author, Jade Benjamin-Chung, professor of epidemiology and biostatistics at the UC Berkeley School of Public Health, said in a news release.

“Our findings highlight the urgent need for more SARS-CoV-2 testing—including testing of asymptomatic individuals exposed to COVID-19—to help stop the spread of the virus,” she said.

During the first few months of the pandemic, the U.S. Centers for Disease Control and Prevention recommended that testing be prioritized for patients who exhibited moderate to severe symptoms. Testing only these individuals could have led to the large undercount.

“We know that in the U.S., earlier on in the epidemic, the people who were getting tested had moderate to severe symptoms,” Benjamin-Chung said.

“And we know that since then, we have a larger number of asymptomatic people who are affecting the total number of infections but may not be included in confirmed case counts.”

Daily case counts in the United States haven’t been under thirty thousand since June 21, according to an analysis of Johns Hopkins University data conducted by the Wall Street Journal.

Moreover, case counts are continuing to climb in twenty-two states, many of which are in the Midwest.