WHO: ‘Unrealistic’ to Think Coronavirus Pandemic Will End in 2021 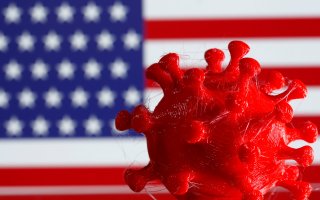 It is “premature” and “unrealistic” to believe that the yearlong coronavirus pandemic will suddenly end by 2022, according to a senior World Health Organization official.

Dr. Michael Ryan, director of the WHO’s emergencies program, contended that the world’s singular focus should be to keep coronavirus infections and related deaths at the lowest possible levels.

“I think it will be very premature and I think unrealistic to think that we’re going to finish with this virus by the end of the year,” he said in a Monday WHO media briefing.

“If we’re smart, we can finish with the hospitalizations and the deaths and the tragedy associated with this pandemic. . . . If the vaccines begin to impact not only on death and not only on hospitalization but have a significant impact on transmission dynamics and transmission risk, then I believe we will accelerate toward controlling this pandemic.”

Ryan, however, warned against complacency that is currently seen in many countries. “Right now, the virus is very much in control,” he said.

Meanwhile, WHO’s Director-General Tedros Adhanom Ghebreyesus said it was “regrettable” that younger and healthier adults in some rich countries are being inoculated before at-risk health care workers in developing countries.

“Countries are not in a race with each other,” he said. “This is a common race against the virus. We are not asking countries to put their own people at risk. We are asking all countries to be part of a global effort to suppress the virus everywhere.”

The agency, though, refrained from calling on rich countries to donate their vaccine supplies.

“We can’t tell individual countries what to do,” senior WHO adviser Dr. Bruce Aylward said.

According to Ghana’s Information Ministry, the initial vaccine doses already have been prioritized for frontline medical workers, people over age sixty, and those with preexisting health conditions. The mass vaccination campaign is slated to launch this week.

Ghana is among ninety-two low- and middle-income countries that are receiving vaccines for free through COVAX, a global mass vaccination initiative co-led by the WHO, an international vaccine alliance called Gavi, and the Coalition for Epidemic Preparedness Innovations.

Another ninety countries and eight territories have agreed to pay if they choose to receive vaccines via COVAX, which aims to deliver close to two billion doses of coronavirus vaccines around the world this year.

According to the People’s Vaccine Alliance, about seventy poor countries will only be able to vaccinate 10 percent of their populations by December because wealthier nations, which constitute just 14 percent of the global population, already have secured 53 percent of the world’s supply of the best-performing coronavirus vaccines.