WHO: 'All Available Evidence' Points to Coronavirus' Animal Origins 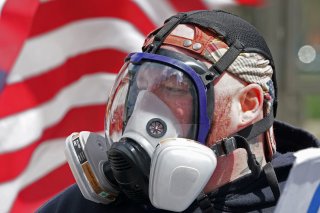 In recent weeks, there's been a great deal of speculation, even beyond the imaginations of conspiracy theorists, that the COVID-19 coronavirus may have escaped from a lab in China, rather than the more widely believed explanation that it originated from animals in or a near a wet market in the Wuhan region.

A pair of Washington Post columns earlier this month stated that some in the U.S. government believe that the virus may have accidentally leaked from a science lab in the Wuhan region. President Trump has even wondered aloud from the White House podium whether this theory is true. There is not, however, any hard evidence that such a thing happened, and scientists are virtually unanimous in believing that the virus could not possibly have been created intentionally.

Now, the World Health Organization has weighed in on the question.

“All available evidence suggests the virus has an animal origin and is not manipulated or constructed in a lab or somewhere else,” WHO spokeswoman Fadela Chaib said this week at a news briefing in Geneva, as reported by Reuters. “It is probable, likely, that the virus is of animal origin.”

Chaib added that the virus "certainly" had an animal host, which was likely bats, although it remains uncertain exactly how the virus jumped from animals to humans.

The World Health Organization has itself become controversial in the age of coronavirus. The organization has been accused of acting too deferential to the Chinese government throughout the time that the coronavirus has been spreading,  and also of uncritically repeating assertions of that government during the early days of the pandemic, and ignoring warnings by Taiwan.

Three New York residents have even sued WHO, in a proposed class action, for what they say is its role in the spread of the virus.

The president announced last week that the U.S. would suspend funding of the WHO, a decision that drew criticism from everyone from the U.S. Chamber of Commerce to health care activists. Some have argued that it’s unwise to take away such resources in the middle of a pandemic, while Democrats have stated that the president doesn't have the power to suspend the contributions, since the WHO funding has already been appropriated by Congress.

The World Health Organization, headquartered in Geneva is an agency of the United Nations. It is funded by a combination of governments and nonprofit organizations.

According to WeForum, citing the most recent figures from 2018, the U.S. is WHO's top funder, followed by the Bill and Melinda Gates Foundation, the governments of the U.K. and Germany, and the GAVI Alliance. And while various conspiracy theorists have argued that the WHO is "controlled by China," that country is only the organization's 16th-largest funder.

The WHO spokeswoman said in the briefing that the organization is 81 percent funded for the next two years.